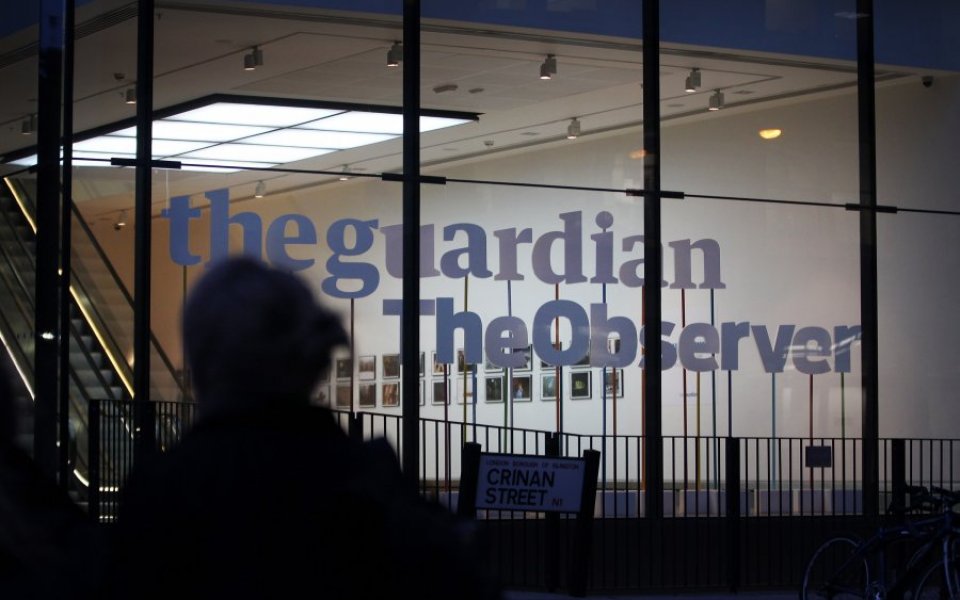 The Guardian has revealed it plans to cut costs by 20 per cent over the next three years in a bid to break even and could even consider leaving its plush Kings Cross headquarters.

The media group which publishes The Guardian and The Observer hopes to break even by 2018/19 by reducing operating costs which currently stand at £268m a year.

Supported by charity the Scott Trust, Guardian News and Media is expected to record an operating loss of around £50m this year. The media group must stem losses from a cash pot which was bolstered by the sale of Trader Media to Apax in 2014.

It wants to double revenue through reader subscriptions to the newspaper and free website, and will focus on new advertising models for branded content, video and data. It also aims to make its websites in the US and Australia contribute revenue to the overall business.

“Over the next three years, a growing and far deeper set of relationships with our audience will result in a reimagining of our journalism, a sustainable business model and a newly-focused digital organisation that reflects our independence and our mission," said newly installed Guardian editor-in-chief Kath Viner, who replaced long-standing boss Alan Rusbridger.

David Pemsel who became Guardian Media Group (GMG) chief executive last summer,  said:  "Against the backdrop of a volatile market, we are taking immediate action to boost revenues and reduce our cost-base in order to safeguard Guardian journalism in perpetuity. This plan will ensure our business is increasingly adaptable and better able to respond quickly to the pace of change in the digital world.”

Speaking to staff today, he said that even a move from the newspaper's relatively new headquarters at Kings Cross had not been ruled out and that "everything" was being looked at. A decision on whether to continue with a multi-million pound events space development nearby would be taken in the next two weeks, the Guardian reports, but could be integral to its membership plans.

The cost-cutting is also expected to include job cuts, however, the prospect went unmentioned in today's announcement.