The Greenbelt sacred cow: It pens in the poor for no environmental gain 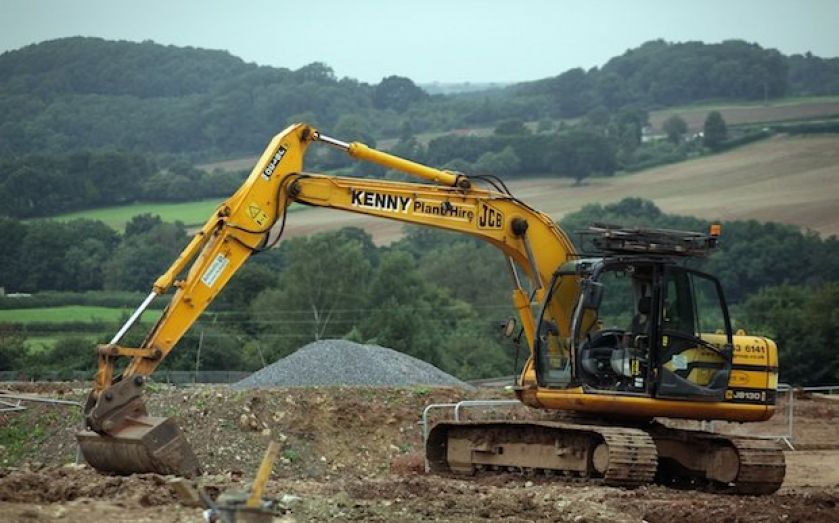 GREENBELTS combine the qualities of sacred cows and juggernauts. To question their benignly green and fair credentials is to invite abuse: yet the unstoppable damage they do to societal fairness, housing affordability, the economic efficiency of our cities, even the environment, is devastating. Greenbelts have a mystical quality, in that almost everything we believe about them is untrue. More than half the adult population think 50 per cent or more of England is “built-up”. In fact, the figure is 9.95 per cent. It is claimed we are in danger of “concreting over England”, yet even in the urbanised 9.95 per cent of the country, half the area is gardens; actual houses only cover 1.14 per cent. Greenbelts cover 12.9 per cent. Our cities are strangled by Greenbelts, creating the greatest land scarcity just where it is most needed. So as people have become richer and sought more space, they have had to jump over the Greenbelt and commute from a distance. A recent Greater London Assembly study showed that highly-skilled workers in central London were travelling daily from as far away as Norwich or the New Forest. Oxford and Cambridge have become veritable high-income subdivisions of the capital. London, in particular, and England in general is suffering from a housing crisis – a crisis of affordability, but also of quality. Our new houses are about 40 per cent more expensive per square metre than in the Netherlands – and the Netherlands has about 20 per cent more people per square kilometre than England. Our houses are also the smallest in the developed world. In Denmark, the average new house is almost twice as big as in England. English house prices relative to incomes have risen back to the peak levels of 2007. The age of first house purchase is receding into the late 30s, and owner occupation as a tenure is falling for the first time in a century, now 6 percentage points below its peak. The underlying cause is the constriction on space for new building imposed by ringing our cities with Greenbelts. The economic roots of demand are in incomes. As people get richer, they do not want more beds, they want bigger bedrooms. They also want gardens. Since we ration space, the price of housing has consistently risen faster than incomes since the mid-1950s. In real terms, the cost of houses has risen about four-fold since the mid-1950s. As The Economist put it recently, if the price of eggs had risen at the same rate as English houses since the 1970s, eggs would now cost £10.14p a dozen. But while the real price of houses rose four-fold, the real price of land to put houses on rose 15-fold. It is land we restrict the supply of and, as the policy-created shortage of land bites harder, so houses get smaller. Surely there must be gains? They are surprisingly hard to find. Research suggests any wider benefits from Greenbelts have always been small relative to, say, parks; and they have been very concentrated indeed. The poor are, in effect, penned into crowded parts of cities and increasingly renting, with Greenbelts far out of reach. The moderately well-off are priced out of a decent home, or have to spend two hours a day rattling through the Greenbelt in crowded trains. That just leaves a lucky few, albeit highly-educated and articulate, as the winners. While research I did in the 1980s showed that there was a small but measurable value of Greenbelts for people who lived near them, recent research by colleagues at the London School of Economics, using data on more than 1m house transactions, showed this had gone. They found the only value Greenbelts created was for people who own houses within them – the very rich indeed in the Home Counties, or equivalent areas around other big cities. As envisaged by the early visionaries of Town Planning, Greenbelts were to be the lungs of our cities, relatively narrow rings of parkland where healthy citizens could stroll. But as implemented in the 1950s, they covered huge tracts of land and were used as a form of exclusionary zoning by the more affluent residents who had got there already in the 1920s and 1930s. The fact that they create no value for people who do not live in them is not surprising. The commonest land use within the Greenbelt is intensive agriculture – 37 per cent of London’s Greenbelt, 74 per cent of Cambridge’s. As the National Ecosystem assessment of 2011 showed, intensive agricultural land has no environmental benefits at all. It is almost equally devoid of amenity value because access is so limited. Back gardens provide far more valuable habitats for wild life, as well as much more amenity value. When examined with fresh eyes, it was obvious to all that the emperor had no clothes; Greenbelts are equally naked. We do need to maintain green areas within reach of people; intelligently-selected green wedges around our cities could be valuable. But that would still leave more land in our Greenbelts ideal for housing than we would need for generations to come. Taking a 1km ring inside the M25 would yield enough land for more than a generation of building at current London rates, and would represent a tenth of 1 per cent of England’s surface. Paul Cheshire is emeritus professor of economic geography at the London School of Economics.