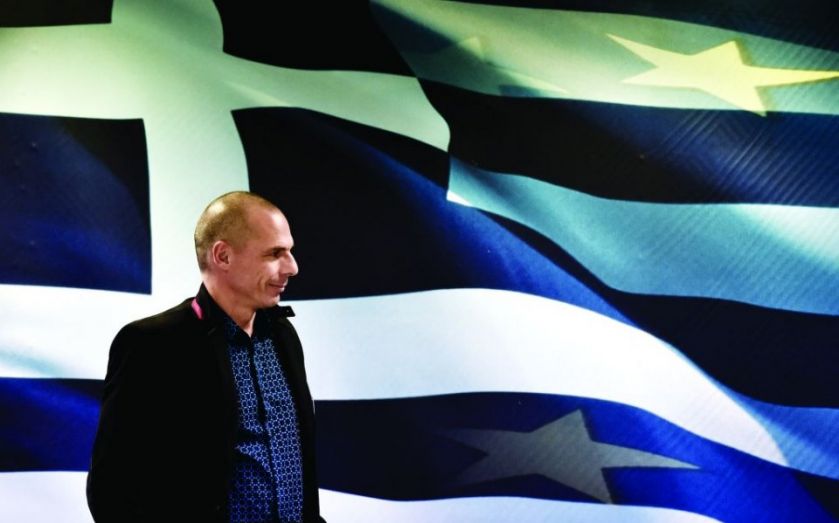 The anti-austerity Greek finance minister is to meet with chancellor George Osborne today as part of a Europe-wide charm offensive to win over creditors and fellow politicians.

Investment bank Lazard has been hired by the Greek government to advise on its debt burden during negotiations. Greek officials will also be in the City this week, discussing potential debt restructuring plans.

Yanis Varoufakis began his charm offensive in Paris yesterday where he met with French finance minister Michel Sapin who is open to debt negotiations. Tomorrow he will make his plea in Italy.

Varoufakis does not plan to stop there. In a post-meeting press conference he told journalists he was eager to travel to Berlin, Madrid and Frankfurt – home of the European Central Bank (ECB).

He said it was “essential” he met with pro-austerity German finance minister Wolfgang Schaeuble.

He will need support for plans outlined yesterday that put Greece on a collision course with the so-called Troika of lenders – the ECB, EU, and International Monetary Fund.

Varoufakis said Greece would not look to borrow further but wanted to reach an agreement on its debt by May. He also stressed that he intends to avoid holding discussions with representatives of the Troika and said it would be better to talk to each party individually.

He labelled representatives of the Troika “technocrats”.

“They do not have the authority to negotiate with us,” he said. “It is a waste of time. It is better to talk directly with the Eurogroup, the European Central Bank and the International Monetary Fund.”

Varoufakis’ intention of striking an agreement on extending Greece’s €240bn (£180bn) bailout package as late as May and refusing to talk to the Troika may prove troublesome.

On Saturday, an ECB official said the fragile Greek banking system would only continue to receive ECB support if it passed a bailout review due on 28 February. The review is carried out by the Troika.

“Greece’s programme extension will expire in the end of February so some kind of solution must be found, otherwise we can’t continue lending,” said Erkki Liikanen, who is also governor of the Bank of Finland.

US President Barack Obama weighed in on the situation, expressing sympathy for Greece. “You cannot keep on squeezing countries that are in the midst of depression,” he said yesterday. “At some point, there has to be a growth strategy in order to pay off their debts and eliminate some of their deficits.”

He admitted Greece needed reform but that this would be harder if incomes had fallen by 25 per cent. Greece’s GDP is around 25 per cent lower than it was before the financial crisis.