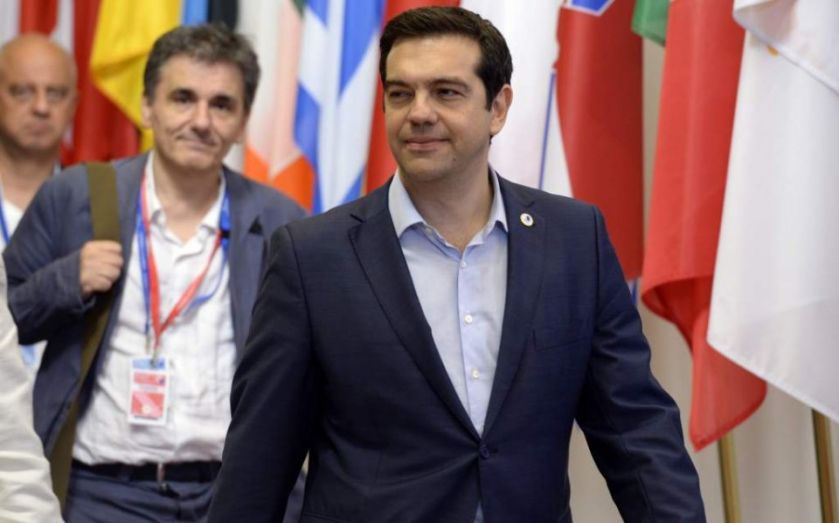 Greek Prime Minister Alexis Tsipras has triumphantly told his people that the country has "sent a message of democracy", after the embattled nation's government finally agreed a deal with creditors which will unlock three years of funding.

In an official statement this afternoon, Tsipras said that although the new measures, which took 17 hours to negotiate, will be "difficult to implement", he believed a "large majority of the Greek people will support the effort to return to growth".

"They acknowledge that we fought for a just cause, we fought until the end, we have been negotiating through the night, and no matter what the burdens will be, they will be allocated – we guarantee this – with social justice," he added.

Later, the International Monetary Fund (IMF), whose involvement in the deal had been questioned by Greece, said it was prepared to work towards creating growth.

Spokesman Gerry Rice said: "Following on [Christine Lagarde's] participation in the discussions on Greece held in Brussels over the weekend, she briefed the IMF's Executive Board on the outcome as reflected in the Eurozone leaders' statement published earlier today.
"The IMF stands ready to work with the Greek authorities and the European partners to help move this important effort forward."

The deal, under which the Greek government will be required to ramp up its privatisation programme and "mobilise" €35bn to help the country to return to growth, still does not lock down bailout funding. In the creditors' document, they said they expected Greece to require financing of between €82-86bn.

In media interviews on the steps of the European parliament following the negotiations, Tsipras said his major achievements during the marathon talks had been avoiding the transfer of assets abroad, and winning mid-term funding and debt relief.

In a sign of just how emotional the talks had become, French President Francois Hollande embraced Tsipras before he got into his car.

Read more: Greece's humiliation has exposed the lie at the heart of the European Union

This morning European Council president Donald Tusk confirmed the deal, adding: "Some could say we have an a-Greek-ment".

Meanwhile, the Dax leaped 1.4 per cent, while the Cac rose almost two per cent.

Some commentators suggested that at 17 hours, the meeting was the longest-ever summit.
https://twitter.com/jessbrammar/status/620474420814082048