The great British wage squeeze should be about to end 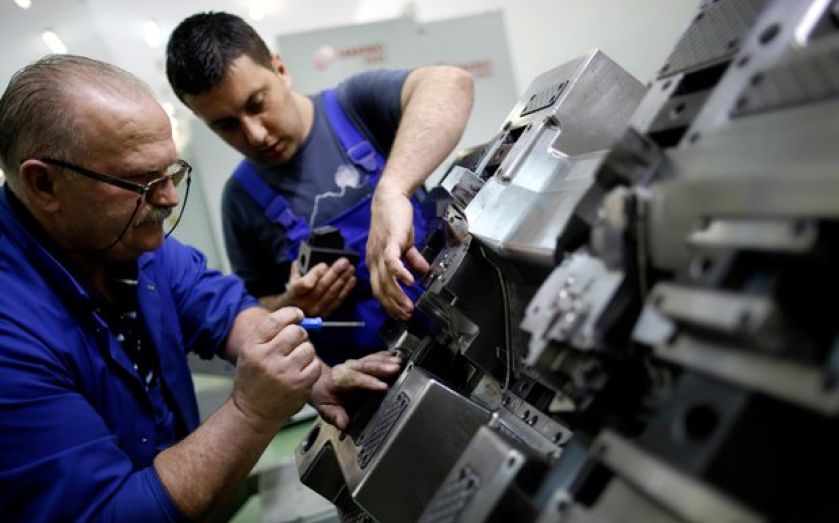 A FASTER growing economy is key to improving living standards. This very simple claim rests on a more complex point – how closely linked are wages, productivity and economic output? For the government, its chances of success at the next General Election could largely be determined by the answer to this question.

The most recent World Economic Forum Global Competitiveness report ranked the UK as eleventh out of 148 countries when it comes to the strength of the relationship between pay and productivity. It also placed Britain twelfth out of 148 countries in terms of flexibility of wage setting. As has been widely discussed, this is clearly a major reason as to why, over the course of the recession, employment levels stayed relatively high and unemployment rose far less than expected.

But while large majorities of voters believe that higher employment is the key to economic improvement, there is still deep scepticism about who will benefit from the recovery. If there is a close alignment between output and wages, as the economy grows, so will pay. New research by Policy Exchange shows how strong this relationship remained throughout the recession, as well as in the years before 2007.

Over the period, we found that there was a strong link between compensation growth and output across the country, in every region and across all industrial and commercial sectors, with the exception of agriculture, forestry and fisheries.

So during the recession, the huge decline in GDP led directly to financial pain for many families. Real average hourly pay fell nearly 15 per cent below its trend level, showing just how devastating the growth lost during the recession has been for people’s living standards. Importantly, however, our findings also contain the seeds of hope as economic growth returns. Wage growth should pick up accordingly.

Tax changes have helped to ameliorate some of the pain. As the government has pointed out, “taking tax policy into account, including the government’s rise in the personal allowance, between April 2012 and April 2013, take-home pay increased faster than inflation on average across the earnings distribution, except for the top 10 per cent.”

This is naturally welcome. But the government now needs to focus on how to help the economy grow at a faster rate, as this will then lead to higher wages. Employment genuinely is the key to a better standard of living. We should expect that, as the economy grows, people will be able to work more hours and, as companies make better use of their staff, wages will therefore rise. Output per worker is still less than it was before the recession, so productivity growth has much further to go, even to reach pre-crash levels.

Finally, there are many worthy candidates for tax cuts in the years ahead, as Britain’s finances improve and the deficit falls. But reducing the cost of employing people by cutting employers’ National Insurance contributions should be the priority.

Ruth Porter is head of economic and social policy at Policy Exchange. Its report Taxing Jobs: Practical policies for a pay recovery is out today.