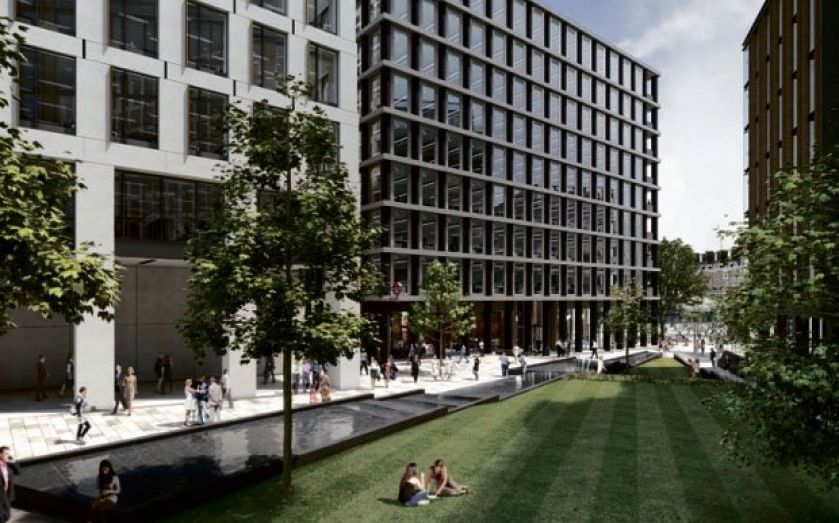 Google has signed a deal to let more space in a building at King’s Cross after deciding to redraw plans for new £650m headquarters at the central London site.
The search engine giant has agreed to lease all of 6 Pancras Square, after originally signing up for just under half of the space in the building, which will be completed later this year.

AXA Real Estate bought the 350,000 square feet scheme in September last year from developer BNP Paribas Real Estate, which was going to lease the remaining space before the deal with Google.
Architects AHMM are working on new designs for Google’s 1m sq ft campus, also on the King’s Cross site, after the tech company asked the practice to go back to the drawing board.
The campus, once finished, will house Google’s 5,000 staff. Yet the delay to plans means it is unlikely to be completed before 2017, a year later than planned.
Share