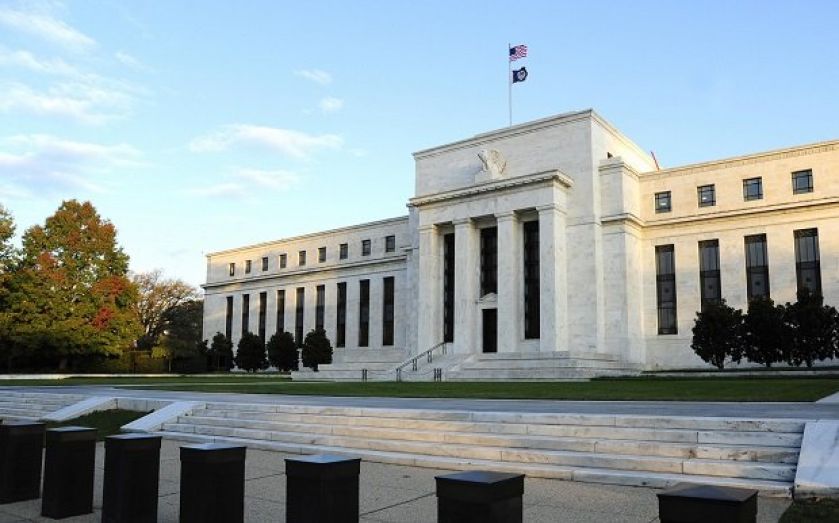 The Federal Reserve in the US has been looking to extract itself from its quantitative easing (QE)  programme over the last 18 months, but feared if it did so too soon, it would cause turmoil in the financial markets.  It has finally concluded, having made $4 trillion (£2.5 trillion) of bond purchases, that it is safe to withdraw the programme.
Looking back to the beginnings of the financial crisis, which started in the summer of 2007, QE really was the only option the Fed had at the time to prevent a total meltdown of the global financial system.  But, although the US economy is now recovering again and unemployment has fallen from just under 10 per cent to just over six per cent, there could be trouble ahead for the equity, bond and commercial real estate markets.  When you print money, it has to go somewhere and it generally ends up in real assets.
In my thirty-one year career as an investor, I have seldom seen a more uncertain investment outlook.
Because the purchase of bonds was the mechanism the Fed chose to deliver QE, Treasuries look overvalued and corporate bonds have been dragged up too.  The US equity market has been the best performing major market over the period since the crisis began and commercial real estate recovered far more rapidly than it would have done without QE.  Now the prop of QE is being removed, investors will be forced to look at the underlying fundamentals of these markets and are bound to conclude that US equities, bonds and real estate look overvalued.
In addition, interest rates in the US have remained at near zero for a prolonged period and will eventually rise, which will undermine the value of the major asset categories further.
The picture is similar in the UK as the same strategy was pursued, although the one major difference is that the UK stock market is still well below the high it achieved in December 1999, as it does not have the exposure to large global technology stocks the US has.  In addition, a number of major UK companies, including BP and Tesco, have encountered specific problems with their businesses, which has led to pronounced underperformance of their share prices.
So where can investors look for positive returns in the coming year?  Some commentators are pushing emerging markets, suggesting falls in some of the major markets have been so large there is now real value there.
However, the Chinese market has fallen 70 per cent for a reason and that is growth has slowed sharply from 10 per cent to seven per cent.  Unemployment may have fallen sharply in the US and the UK, but wage growth is still pitifully low.  The Eurozone has serious issues, with growth evaporating for many of the larger members and the spectre of more turmoil surrounding the euro still a concern.  So demand for Chinese goods is unlikely to rise in the near term from the major western markets, putting growth under further pressure.
Russia has been hit by the Ukraine situation and the major South American markets are struggling as growth slows and inflation rises.  All of this suggests it would be prudent to wait before rushing into emerging market funds.
Overall, in my thirty-one year career as an investor, I have seldom seen a more uncertain investment outlook.  There is no doubt QE was the right strategy in order to avoid a total disaster in the financial markets in 2008/09, but the consequences of the demise of the programme in the US are likely to create a new period of uncertainty and volatility.