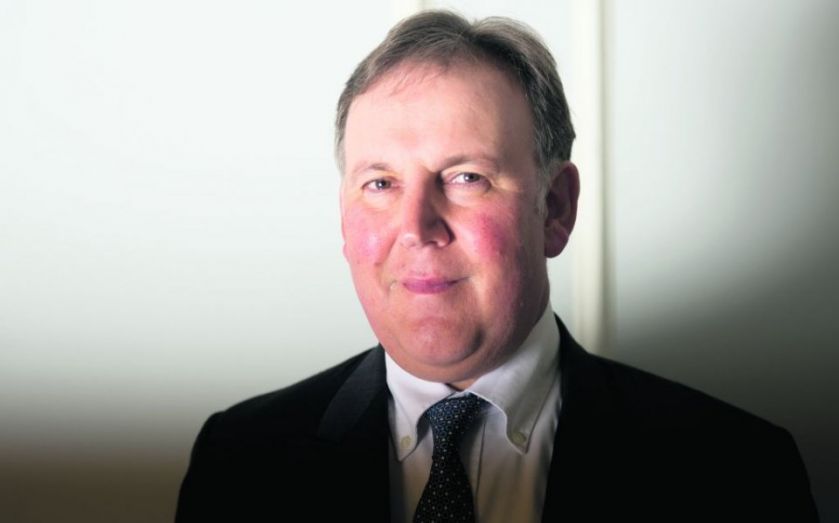 Despite being labelled a tax avoider by Ed Miliband, there’s more to Lord Fink than meets the eye.

Lord (Stanley) Fink came under fire from Ed Miliband in Parliament this week, who accused the Tory donor and former party treasurer of tax avoidance. But as the spat continued through yesterday, a number of high-profile tweeters came to Fink’s defence, including – most surprisingly – Labour MP Kate Hoey. Risking her party leader’s ire, Hoey tweeted: “No idea re Lord Fink’s tax affairs but he has been a wonderful, dedicated supporter for many years of the Evelina London children’s hospital.” So just who is Lord Fink?

Fink, 57, is well-known in the City, where he is affectionately known as the “godfather” of the hedge fund industry after his highly-successful tenure as chief executive of investment powerhouse Man Group.

Born in Manchester in 1957, his father was a grocer. Fink attended Manchester Grammar School where he won himself a place at Trinity College, Cambridge, to read law.

He attained a second class degree but struggled to get a job with a law firm. Instead he joined accountancy firm Arthur Andersen, where he worked until 1982, before moving on to work at Mars in its financial planning department and then on to Citigroup to work in the bank’s buyout team.

After he worked on a deal with a Man Group subsidiary, the hedge fund was so impressed with Fink that it recruited him. He joined the fund in 1987 and was subsequently elevated to become a board member at the age of 29 and finance director five years later.

He led the company’s 1994 float on the London Stock Exchange and two years later was promoted to managing director of its asset management division. In 2000, he took the reins of Man Group, which at the time was managing $4.7bn (£3bn) of assets.

Under his reign, Man ascended to the zenith of the hedge fund industry and primarily thanks to that seven-year spell, the group now holds $55bn on its books.

In 2007, Fink hung up his boots and retired to focus on his political and charitable interests.

But it did not last long and in 2008 he was back in the fray, taking up the role as chief executive of International Standard Asset Management, which he still retains today.

Prime Minister David Cameron recruited Fink to be the Conservative party treasurer in 2009, and he was made a life peer two years later.

He stepped down as treasurer in 2013, but has thus far donated over £3m to the Tory cause, including funding Boris Johnson’s first bid to become London Mayor.

Married with three children, Fink owns homes in North London, France and Spain and is reportedly worth £120m.

But Fink is now known as much for his charitable contributions – referred to by Hoey, MP for Vauxhall – as his investment prowess. After a health scare in 2004, he reassessed his priorities and decided to donate more cash.

He has since given millions to education and health charities, and in 2009 he became chairman of the hedge fund-backed academy sponsor Absolute Return for Kids (ARK).

Alongside that role, he is now chair of governors at Burlington Danes Academy, a trustee of the Oxford Centre for Hebrew and Jewish Studies, and president of the Evelina Children’s Hospital.

Perhaps Fink has contributed so widely to charities for so long that in time he will be remembered more for that than the fact he once held a Swiss bank account. Or at least that must be his hope.