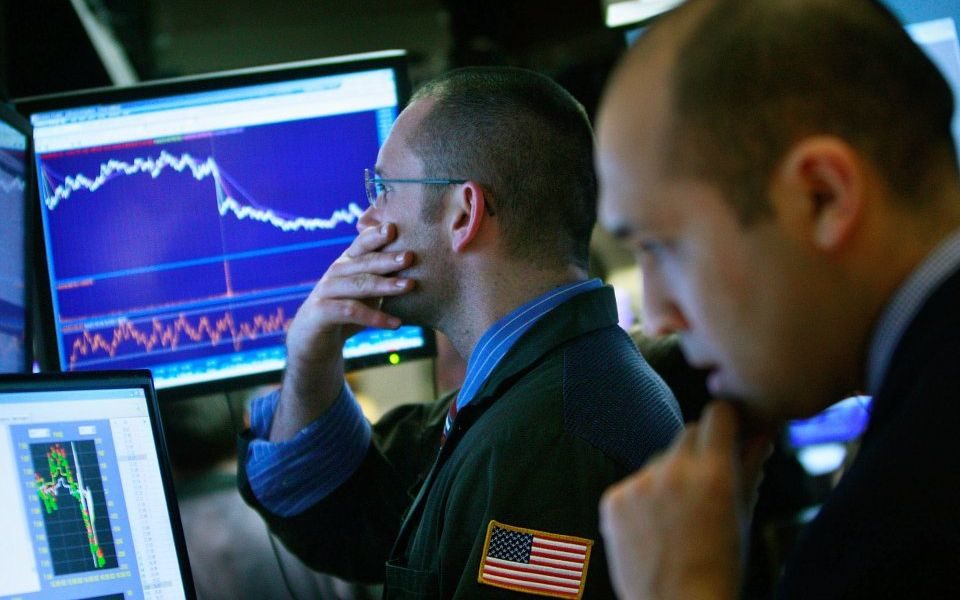 Global markets have started the year in the red as investors struggle to shake off the economic slowdown fears that plagued stocks last year, while the pound has taken a more than one per cent hit against the dollar on the first day of 2019 trading.

The FTSE 100 was down more than one per cent this morning as it reopened for the new year after recording a fall of 12.5 per cent in 2018, its worst year since the financial crisis a decade ago.

The UK's blue chip index fell as much as 1.8 per cent this morning, before recovering slightly to a fall of 0.88 per cent.

Mining companies were hit hard, with BHP and Glencore among the biggest fallers this morning, down 3.75 per cent and 4.79 per cent respectively.

The pound was down 1.09 per cent against the dollar this afternoon, valued at $1.26, despite positive figures from the UK’s manufacturing industry, which picked up in activity in December.

The UK manufacturing purchasing managers index (PMI) hit a six-month high of 54.2 lsat month, up from 53.6 in November, with increased activity and orders in the run up to Brexit as firms on both sides of the channel stockpiled goods and raw materials before 29 March.

The UK’s PMI was significantly higher than those in Europe for the second consecutive month, which averaged 51.4.

Samuel Tombs, chief UK economist at Pantheon Macroeconomics, said: “The pick-up in the PMI in December suggests that preparations for Brexit are helping manufacturers to keep their heads above water during the current global slowdown.

But it did not help sterling, which fell 0.32 per cent against the euro, valued at €1.109, as Brexit protesters on both sides of the debate flocked outside parliament ahead of further debates starting on 7 January.

Wall Street showed no signs of hope for the new year as US markets opened sharply lower, with the Dow Jones tumbling by more than 350 points and 1.57 per cent, while the S&P 500 was 1.2 per cent down and the Nasdaq was 1.9 per cent down.

European markets suffered a similar fate, with Eurostoxx down nearly one per cent. Germany's Dax fell 0.2 per cent, while French benchmark Cac fell almost two per cent before recovering to 1.5 per cent down at midday.

Drops come in the wake of China’s manufacturing industry contracting for the first time in 19 months, which saw Asian stocks weaken as analysts predicted global slowdowns in 2019.

“The Chinese economy has been cooling recently and the figure overnight confirms the economic slowdown,” said David Madden, analyst at CMC Markets.

Stocks in Shanghai fell more than one per cent, while Hong Kong’s Hang Seng finished the day’s trading down almost three per cent.

“Stock markets didn’t get the memo that we’re supposed to start the new year with a positive attitude towards being fit and healthy,” said Russ Mould, investment director at AJ Bell.

“A slowdown in China’s manufacturing sector hurt stocks in Asia and also added to investor concerns about a global economic slowdown in 2019, leading to weakness across European markets.”

Gold was a major beneficiary from the weakness, up to its highest level in six months today.

Seen as a safe investment amid poor performances elsewhere, gold hit $1,288.64 a troy ounce this morning.

“The precious metal is the favourite choice among those investors who do not favour riskier assets,” said Naeem Alam, analyst at Think Markets.

The morning’s readings boosted the raw material to its highest price since June last year, following a poor showing in 2018 which saw it fall to $1,160 a troy ounce in August.

However, rising tensions between the US and China over trade saw it rise more than 10 per cent since the late summer lows, indicating gold has not lost its shine as a safe investment.

“The inverse correlation with the dollar and safe haven status is very bullish for the yellow metal at the moment as its impressive fourth quarter – up more than 7.5% – looks set to continue with $1,300 not far away,” said Craig Erlam, analyst at Oanda.

The poor start to the year was compounded by a fall in oil prices, with global benchmark Brent crude falling to just over $53 a barrel.

Markets have also been shaken by the rising trade tensions between the US and China, despite US President Donald Trump tweeting over the festive period that he and Chinese President Xi Jinping had productive talks on the phone on the matter.

“With business conditions in China deteriorating and clarity missing over how Washington and Beijing will finally solve their trade dispute, despite both sides showing willingness to do so, some additional stimulus might be needed later in the year to prevent further economic weakness,” said Christina Parthenidou, investment analyst at XM.