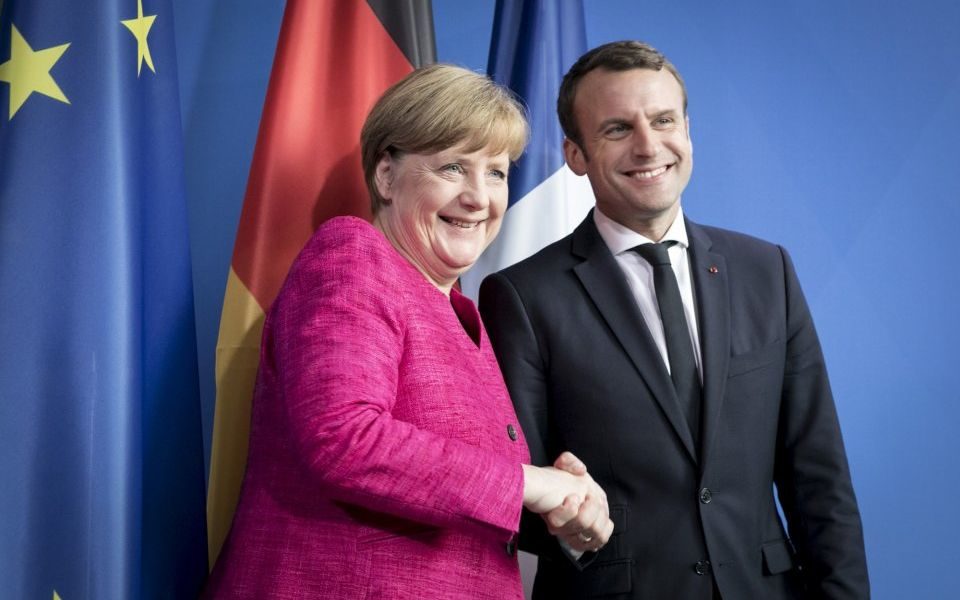 Germany and France have made a breakthrough in discussions around a new budget for the Eurozone with French president Emmanuel Macron set to arrive in Berlin on Sunday.

Macron has long fought for countries using the euro to have its own budget in order to withstand the kind of financial crises that have hit the continent in recent years.

European finance ministers will be presented with a paper on Monday outlining the proposals from both countries, but France has accepted a German demand that it be part of the wider EU budget.

The idea has had some resistance from other EU members, led by Holland, who are concerned by how much money it will require and how it will be used.

“There’s an agreement with the Germans to say we need a budget for investment and competitiveness spending,” one Finance Ministry source said.

It is thought that talks will avoid the controversial plans around using the budget to help eurozone countries in economic downturn, for now.

The concept of the budget came about in June as both France and Germany agreed to flesh out plans before the year's end, in a bid to more closely integrate countries who use the single currency.

The current proposal suggests it would be part of the EU budget but managed by Eurozone governments, who would have to agree a framework on who pays what.

They would also then have to submit investment programmes to the European Commission for approval to withdraw funds.

“The Eurozone budget would foster convergence and incentivise reform implementation in particular by co-financing growth-enhancing public expenditures such as investments, research and development, innovation and human capital,” the proposal says.

“Moreover, it could also play a stabilising function in the eurozone, especially as investments are prone to be shed in case of pressure on national public finances,” it adds.

More difficult talks will likely follow at a later date regarding how the budget could be used to help stabilise economies in need.