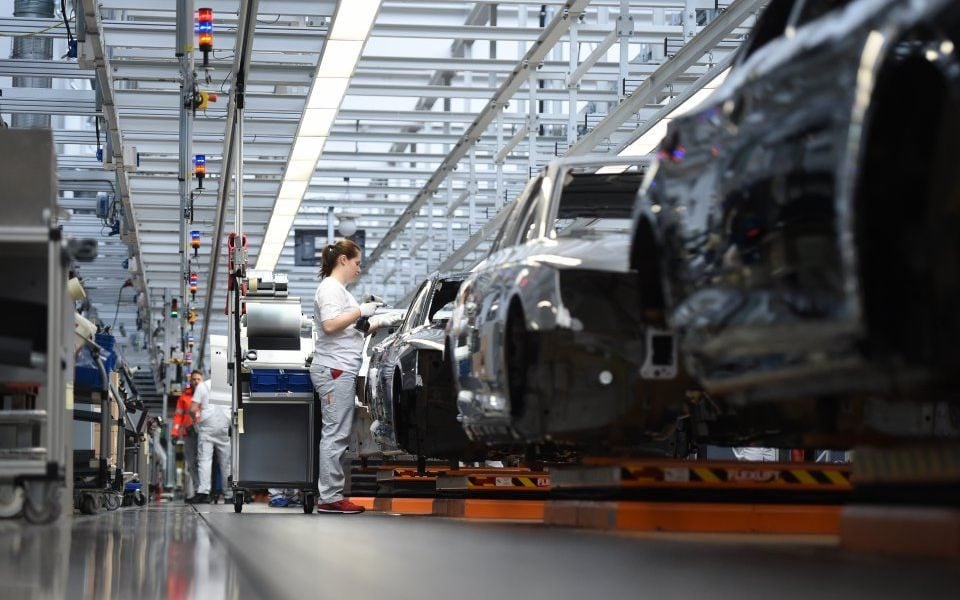 Germany’s manufacturing output fell for the fourth month in a row in May as new orders fell, according to the latest IHS Markit survey of the country’s private sector.

The biggest economy in Europe has struggled in recent months due to a global slowdown and fall in demand, US-China trade tensions, and new car emissions tests hurting its auto sector.

However, in a hopeful sign Germany’s private sector continued to grow at a moderate pace in May, IHS Markit said.

The moderate rise in business activity was once again driven by the service sector, which saw its output rise “at a relatively robust pace,” according to the data firm, which gauges the economy via survey questions sent out to businesses.

Yet the survey results signalled a slower increase of new business at service providers, while new manufacturing orders fell notably.

The Ifo Institute, a German think tank, today released their business climate report, which shows the mood among company managers weakened further in May due to a considerably worse assessment of the current business situation.

“The German economy is still lacking in momentum,” the institute said.

Phil Smith, principal economist at IHS Markit, said the boost from the services sector meant “the economy is course to see sustained expansion in the second quarter”.

“It is manufacturers who remain the most downbeat about the outlook amid lingering global trade tensions,” he said.