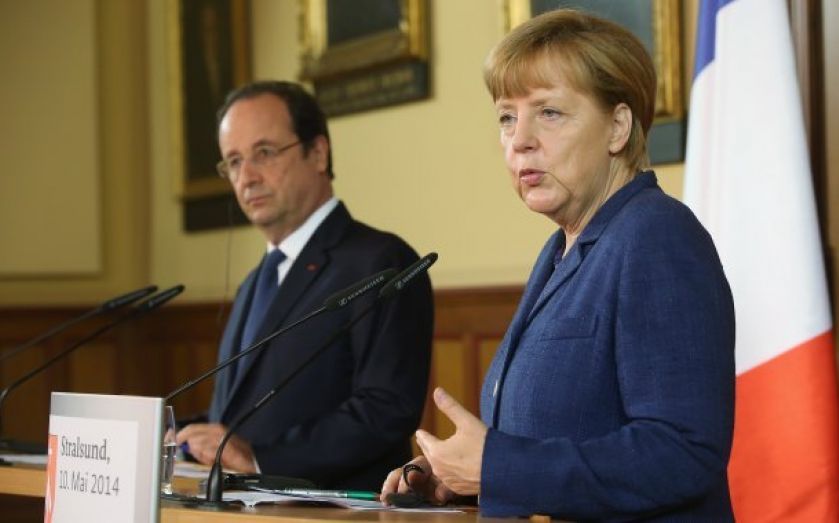 The German economy has shrunk by 0.2 per cent, as the Eurozone continues to endure a disappointing a second quarter.
The contraction comes as the France economy stagnated at zero per cent for the second quarter running – Germany recorded strong growth of 0.8 per cent in the first quarter.
Both results were more negative than analysts had expected.
France has now outperformed Germany on quarterly GDP growth since the first quarter of 2013, however none of the Eurozone’s three largest economies recorded growth for the quarter, after Italy slumped into recession.
The German economy’s poor performance is partly down to the ongoing Ukraine crisis, which has made German companies more cautious.
Last week Mario Draghi, president of the European Central Bank (ECB), admitted that the continuing conflict in eastern Ukraine represented a threat to the Eurozone economy.
Christian Schulz, senior economist at Berenberg, says that the second quarter results strike a setback to the German economy but they do not represent any fundamental problems.
Schulz said:

The bright spot in Germany’s release was that domestic demand held up well and probably helped the rest of the Eurozone as well. Public and private consumption rose mildly, while import growth outstripped export growth, leading to a negative contribution of net exports to growth.
With a very strong labour market, rising wages and low inflation, the fundamental outlook for consumers is very positive. This underlying domestic strength highlights that Germany should resume growth soon.