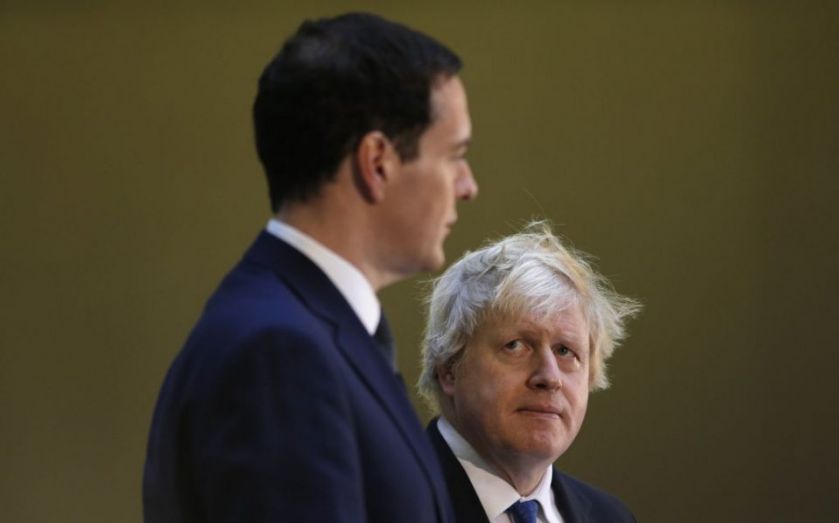 George Osborne is now the most likely Conservative to replace David Cameron as leader of the party, according to William Hill.
Read more: July Budget 2015: Chancellor George Osborne plans to crack down on non-doms
The chancellor's odds were increased today following a month of rising popularity since his Budget speech, and he now falls ahead of London Mayor Boris Johnson for the first time.
Prime Minister David Cameron has confirmed he will step down before the next parliament, and that the leadership contest will take place ahead of the 2020 general election.
Johnson has consistently been viewed as the favourite to win, but recently he has been criticised for neglecting his parliamentary duties as new MP for South Ruislip and Uxbridge. According to a cabinet minister who spoke to The Sunday Times, he often arrives at meetings unprepared and hoping to “wing it”.
Read more: Tory donors want Boris Johnson to replace David Cameron as party leader
“He turns up with his cycle helmet on and often gives the impression [that] he hasn’t read the briefing,” the minister said. Johnson's term as Mayor also comes to an end next year.
Meanwhile, a major transformation has been taking place for the chancellor. Three years ago his Budget was received with sharp criticism and few had faith in the government's economic plans. Since then, support for him has shot up among both the Conservatives and opposition Labour.
On Sunday he presented the Tour de France trophy to British cyclist Chris Froome in Paris and was welcomed by a cheering crowd.
“Boris has perhaps underwhelmed since his return to Parliament and we have seen a steady move to back George Osborne,” said William Hill spokesman Rupert Adams.
Behind Johnson fall home secretary Theresa May, business secretary Sajid Javid and foreign secretary Phillip Hammond.
Share:
Tags: Boris Johnson George Osborne People