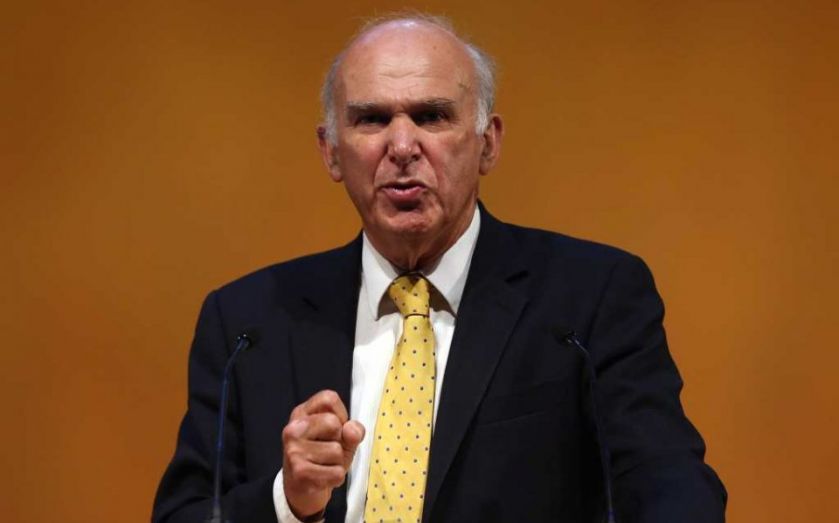 Minimum wage in the UK should rise by 20p to £6.70 an hour, according to the Low Pay Commission.

The rise, the commission says, should take place in October, and would mean a pay rise for 1.2m workers. If the government decides to implement the rise, which it may do in next month’s budget, it would be the second successive above-inflation hike, and would bring the real value of the minimum wage back in line with 2010.

Vince Cable, the business secretary, has indicated he will be taking the proposals seriously, but cannot single-handedly implement the rise.

This would represent an annual pay rise of £416 for a full-time worker on the minimum wage. If this recommendation were accepted, the value of the minimum wage would be higher than when we came to office in 2010 and we are now making good progress towards restoring the value it lost during the financial crisis.

The low pay commission has to strike a delicate balance between what is fair for workers and what is affordable for employers, without costing jobs. It does so impartially and without political interference. No government has ever rejected the main rates since it was established 15 years ago. It is important that it is able to continue to do its work 10 weeks before a general election.

A rise in the minimum wage would be a good political move for the Tories, as it would bolster their argument on the cost of living debate, where Labour hopes to win ground with the electorate.

Also providing ammunition to the Conservative election machine is the recent rise in real wages, which, when bonuses are taken into account are rising at around 2.1 per cent.

Labour will point out that the real-wage rise is more a case of low inflation (0.3 per cent) than soaring pay, but what is likely to matter most to voters is a difference they can feel in their pockets. On that measure, the jury is out.

George Osborne has said that it is possible for the minimum wage to jump up to £7.00, but such a rise is less likely now the low-inflation environment allows for a smaller increment to have the same real effect.

According to Eurostat, the statistical office of the European Union, the UK has the seventh most-generous wage in the trade bloc. Eurostat collates its data both in Euro format (using an old exchange rate from 1 January 1999) and as purchasing power standard, a measure which estimates the money’s value in the economy of the country in question.

The UK places seventh under both measures. 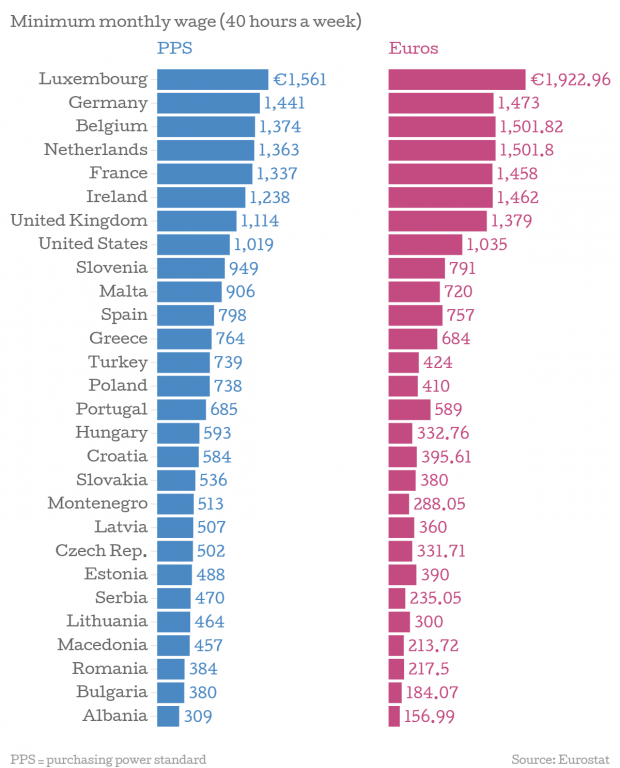