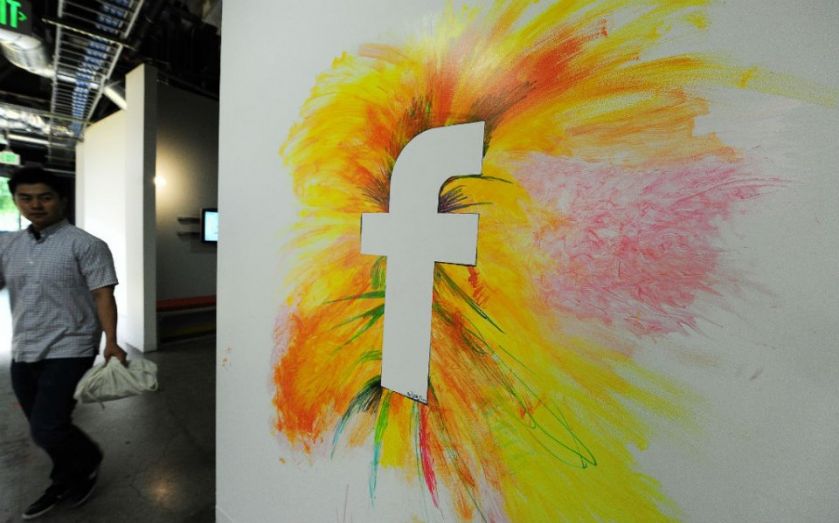 The next thing you’ll see being shared by everyone you know on Facebook might come as a surprise.

It won’t be a hilarious video, the latest meme, or your friends and families pictures, and anyone who is averse to politics should stay away from Facebook on Thursday.

Every single British adult in the UK who is eligible to vote will see this message in their Facebook feed urging them to register to vote ahead of May’s General Election.

For Voter Registration Day, part of the Electoral Commission’s campaign to get everyone registered so they can have a say on polling day, it has teamed up with the social media titan to get the message out there.

The startling fact is, more people in the UK visit Facebook every single month than the total number of people who voted in the last election in 2010

Those who are of a political persuasion will also get to add registering to vote as one of their “life events” amid relationship and job statuses. With the average person having 120 friends on Facebook, it’s another way to raise awareness.

It’s the first election in which people are able to register to vote online, so letting people know online makes sense. Anyone who sees the message will be able to click through right then and there.

In a bid to get more younger voters registered- they’re currently under-represented on the electoral register- there will be a targeted Facebook advertising campaign aimed at reaching any young person who will be aged 18 by the day of the vote on 7 May.

The Electoral Commission will be hoping its efforts will increase turnout above the near historical low of 65 per cent in 2010.

The register to vote reminder and “life event “ feature were also used in the run up to the Scottish independence referendum. While there’s no immediate data available on the success of the campaign in Scotland, or its reach, a US study on the 2010 presidential elections found over 300,000 people went to the polls having seen conversations from their friends about voting on Facebook.

“We saw at the Scottish Independence Referendum that young people are passionate and engaged about the issues that affect their lives,” said the Electoral Commission’s director of communications Alex Robertson. “It’s vital that we continue to reach them on platforms like Facebook with information that’s accessible to them.”

The indyref was the most discussed topic of the year on Facebook, and the General Election is expected to top that. “We expect the election to be one of the most talked about topics on Facebook of 2015, and we hope that through partnerships like this one with the Electoral Commission, we can make sure those conversations lead to higher turnout on 7 May,” said Facebook’s politics and government specialist Elizabeth Linder.

If any further proof of Facebook as a political platform is needed, look no further than another astonishing fact: the combined audience of the major political parties on Facebook is more than double the number of real-life members of the parties.