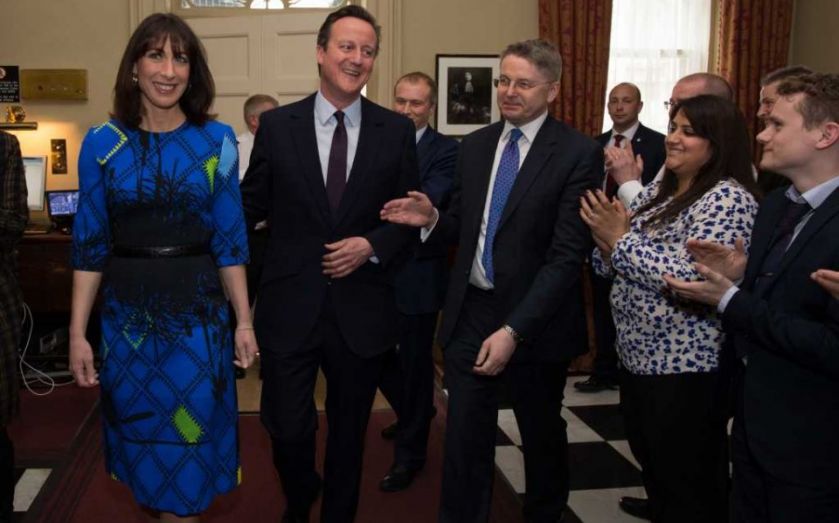 After the stress of the General Election, no rest for the victor. David Cameron will spend the weekend putting the finishing touches to his first all-Tory cabinet.

Some names are already known: George Osborne will remain as chancellor, and will also get the title first secretary of state.

Theresa May and Phillip Hammond, the home and foreign secretaries, keep their roles, while Michael Fallon remains defence secretary.

Read more: Why first past the post killed Ukip

The new role for Osborne means he is taking William Hague’s place as Cameron’s deputy and appears to have been anointed his natural successor too. This means Osborne will take a prominent role in the renegotiations of Britain’s position in Europe.

The President of the European Commission, Jean-Claude Juncker, has pledged to work towards a “fair deal for the UK in the EU”.

The reshuffle marks the first time Cameron will be able to name an all-Conservative cabinet, after the election gave him a full majority yesterday. Results also stripped some Liberal Democrat former cabinet members from the commons, including Vince cable, the former business secretary and Danny Alexander, the former chief secretary to the treasury. Both failed to win their seats.