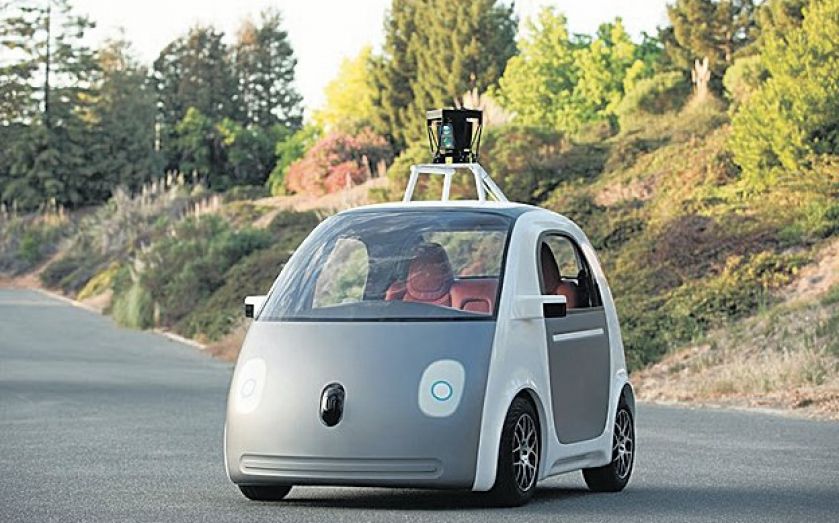 Driverless cars are poised to go mainstream. But what of the other modes of transport beloved of science fiction?

Science-fiction writer Isaac Asimov wrote a short story in 1953 called Sally that takes place in 2057 and features cars controlled by “positronic” brains. The cars don’t require human drivers and communicate through the slamming of doors and the honking of horns. The driverless future was closer than Asimov thought. About 50 years closer, in fact; yesterday the UK government gave the green flight for the testing out of driverless cars in a UK city next year. Pioneered by Google, driverless cars assess the external environment through senses placed all over the car. In May Google revealed they’re to make 100 vehicles, leading many to speculate that the driverless future is more a case of when than if. Given that the vast majority of transport accidents are caused by human error rather than faulty equipment, driverless roads are likely to be safer.

Everyone who has seen Back to the Future II harbours a secret desire for a hoverboard. And why wouldn’t you? It’s a fast, fuelless mode of transportation. In March, a team of students claiming to be from MIT’s Physics Graduate Program released a video online showing actor Christopher Lloyd – Doc Brown himself – presenting Tony Hawk with HUVr, a seemingly flawless hoverboard. The video convinced social media and a number of media sources before it was revealed to be a hoax from online comedy site Funny or Die. The hoverboards of the future are most likely to work using “ion thruster” technology, which electricity to charge positive ions, creating a force. At the moment we’re miles away from making a device small enough for a board to lift a human, but there is hope for the future.

One hundred years after jet packs began appearing in early sci-fi comics, we’re still trundling around on our humble legs and feet. Jet packs have long been a mainstay of popular culture, appearing in everything from Thunderball (1965) to the Xbox’s Halo, but in reality their use has been far more limited. Many patents have been filed but the challenges posed by gravity and the earth’s atmosphere have prevented them from – ahem – taking off. One area where they have been used is in space travel, where non-gravitational conditions mean momentum can be established through the use of very small jets. Back on earth, a machine designed by New Zealand aeronautical firm Martin Aircraft Company was voted one of Time’s top 50 inventions of the year. The Martin Jet Pack can fly for 30 minutes at an altitude of 3000ft.

Scientists argue about whether this is even possible in theory, let alone in the foreseeable future. Scientists recently proved that the information stored in sub-atomic particles can be “teleported” short distances. The experiments take advantage of the way certain particles become “entangled”, sharing properties even when they are vast distances apart. Unfortunately, if – and it’s a big if – teleportation proves to be possible, it won’t be realised in our lifetimes. It also raises a multitude of philosophical questions, not least of which is whether the thing that comes out of the teleporter is the same as the one that went in. And there’s also the risk of a fly getting into the machine, which didn’t end well for Jeff Goldblum.

The flying car has long held its grip over the public imagination from Chitty Chitty Bang Bang to The Fifth Element. While it may have taken off in fiction, it has only recently been brought into the realm of fact. Dorset-based company Parajet International unveiled the SkyRunner in January, which has been hailed as the next step in aircraft innovation. It’s part all-terrain adventure car, part light aircraft with a parachute attached to the back. Once airborne, it can reach altitudes of up to 15,000ft (available to order now from £75,000). However, while there’s no doubt the SkyRunner works, it’s been designed for open terrain rather than urban cityscapes so don’t expect to see people quitting the tube for one any time soon.

Popular pastimes for would-be time-travellers include killing Hitler and actually revising for those exams. Sadly, unless you can find some way of travelling at the speed of light (and therefore traversing the space-time continuum, duh) it’s unlikely to ever happen. Albert Einstein’s theory of relativity states that as you approach the speed of light, time begins to slow down. This means that if you travelled at 99.5 per cent of the speed of light for what felt to you like five years, and then travelled back to earth, you would be five years older while everyone else would be 65. According to this theory, travel into the future is at least conceivable, if not possible (the fastest a human has ever travelled is around 11 km/s – the speed of light is 299 792.458 km/s) though it’s difficult to see how we would travel backwards.

The most fundamental rule of physics states that nothing can travel faster than the speed of light (about 186,000 miles per second), because its mass would become infinite and so would the energy required for it to maintain the speed. So what about travelling at just under the speed of light? Well, the amount of energy required to travel at those speeds is implausibly large: every incremental increase in speed would require an exponential increase in energy. If it were possible, you would experience the slowing down of time predicted by Einstein, and if you reached the speed of light time would stop completely (as far as the rest of the world was concerned – you would carry on as normal). But this is just posturing: it’s not possible, a fact that vastly reduces the chances of our ever exploring outside of our own galaxy.