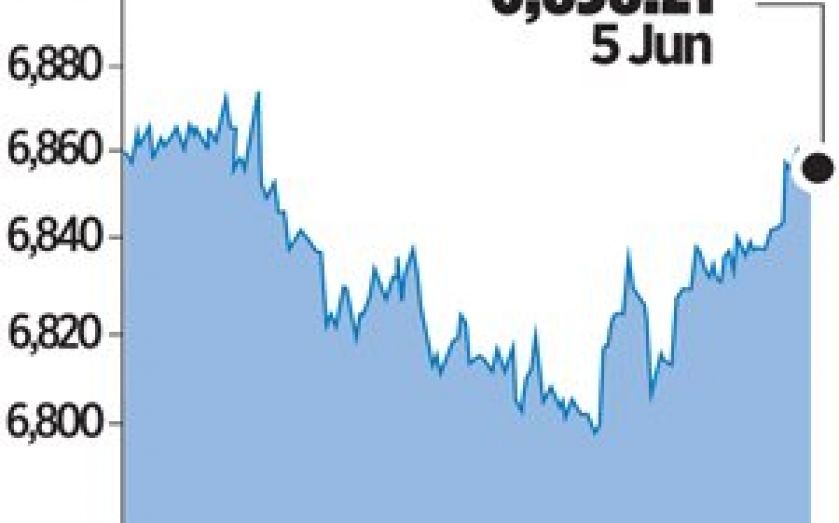 UK SHARES advanced yesterday after a solid US jobs report came on the heels of fresh stimulus measures from the European Central Bank that underpinned European markets.

Cyclical stocks, so-called because they are highly geared to the economic cycle, were in demand, with money managers St. James’s Place and Aberdeen Asset Management among the top risers on the UK benchmark.

Consumer goods company Unilever, spirits maker Diageo and cigarette firm Imperial Tobacco – all considered to be defensive stocks which often bring up the rear when markets rise – were some of the day’s biggest fallers.

About 217,000 US jobs were added last month, in line with market expectations, while the unemployment rate held steady at 6.3 per cent.

“The fact that it came in bang on… has been fairly encouraging for the markets,” IG chief market strategist Brenda Kelly said. “The FTSE still hasn’t hit its all-time high, it hasn’t even managed to hit the 6,900 level… I would say there’s still a little bit more room to go in it.”