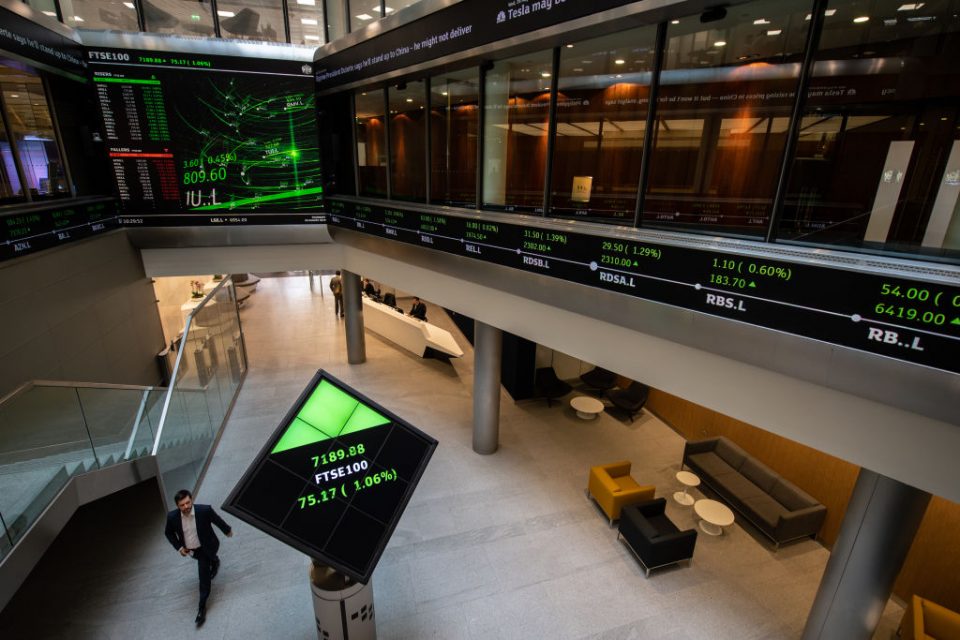 The FTSE 100 today bounced back after sinking into the red yesterday, with mainstay utility stocks and Experian and Vodafone’s pushing up the index.

That followed yesterday’s dire performance that saw it slump 0.4 per cent on trade war fears as violence erupted in Hong Kong, giving up most of the gains it made last week.

The index enjoyed a boost from Vodafone, which has upped its 2020 earnings guidance, and a weaker pound, with GBP faling 0.26 per cent to $1.282 following strong gains yesterday.

FTSE traders are looking ahead to a Donald Trump speech today in which he is expected to discuss the US-China trade war.

Markets rallied last week, with Asian shares hitting three-month highs, as it appeared Trump and President Xi Jingping were close to a deal.

But Trump scuppered those hopes yesterday by saying China was keener for a trade agreement than he was.

“Tariffs have been major influence on the equity markets in 2019 and investors will look for every clue from Trump as to how the trade war with China could play out,” he added.

Trump is scheduled to discuss US trade policy at the Economic Club of New York this afternoon.

“Ahead of that event, the FTSE 100 nudged up to 7,340 thanks to gains from Vodafone and several utility stocks. European markets also saw small gains,” Mould said.

ITV’s share price rose two per cent as it said demand for programming would help it post a strong end to the year, while Experian’s shares jumped as it upgraded its revenue target.

Meanwhile Asian stocks recovered from terrible scenes of violence in Hong Kong, with the Nikkei up 0.8 per cent and the Hang Seng 0.5 per cent higher.