France is the weakest link 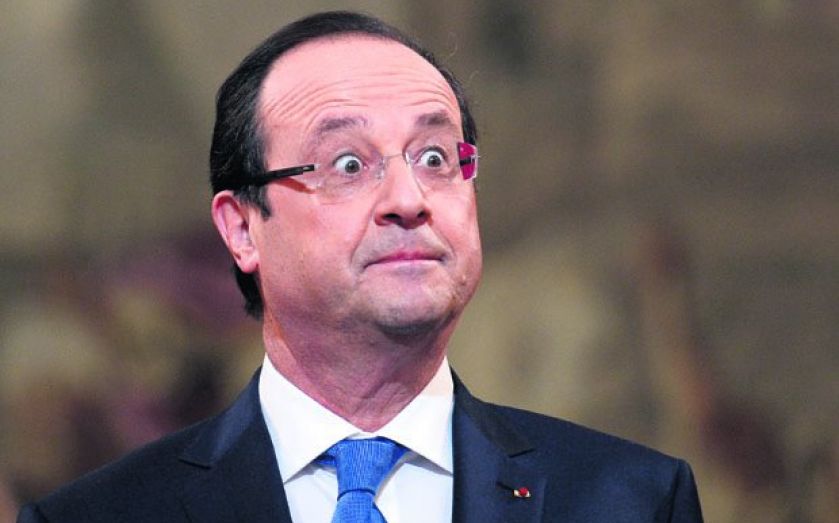 THE FRENCH economy is becoming a major drag on the Eurozone, with yesterday’s abysmal figures from its factory sector throwing fresh light on the country’s bleak political and business climate. French factories confirmed yesterday that their activity fell in November for the 21st month in a row – despite manufacturers across the Eurozone reporting the best business climate for two-and-a-half years and conditions improving very strongly in the UK and US. “France is now the weakest link in Europe, the only major economy with serious problems that is not doing anything about them,” said Berenberg Bank’s chief economist Holger Schmieding. “The jobs market is over-regulated, and labour is far too expensive, especially for the least qualified posts. Along with high tax rates, these are an impediment to business investment too.” He added that even Spain’s economy was likely to record a better performance: “Spain is starting to reap the benefits of its reforms – even its short term cyclical outturn is looking improved, and is likely to accelerate over the next year. Now, the longer term is starting to arrive in Spain.” President Francois Hollande came to power on promises to boost growth and jobs, but his aggressive policies towards businesses and the wealthy have coincided with rising unemployment and periods of falling GDP. The headline figure for Markit’s influential purchasing managers’ index (PMI) hit 51.6 for the Eurozone. Any figure above 50 suggests that the sector’s purchasing managers believe that their companies are growing. But France’s figure was just 48.4, the lowest in five months and the worst of any major European economy. By contrast the UK’s PMI score of 58.4 makes it the fastest-growing manufacturing state in Europe. France’s dismal performance serves as further warning that Hollande’s government may lead France into another recession, after its economy contracted 0.1 per cent in the third quarter. “The sector will be suffering particularly, as export-focused firms will struggle with a strong euro,” said Jonathan Loynes, chief European economist at Capital Economics. “Generally speaking, the outlook appears to be pretty poor. If anything, France looks like it’s slowing further, staying in recession or heading back in.” For the month just ended, factories in Italy, Germany and the Netherlands recorded the best conditions for expansion since summer 2011, around the time of the European Central Bank’s aborted interest rate hike. The much-reduced Greek manufacturing sector reported the least bad PMI reading for over four years during November, with a score of 49.2 indicating a relatively shallow contraction last month. Open Europe’s head of economic research, Raoul Ruparel, said continued weakness in France could even tip the political balance of power in Europe. “When countries hit economic rough patches their negotiating position is weakened – there is a link between economic and political reform,” he said.