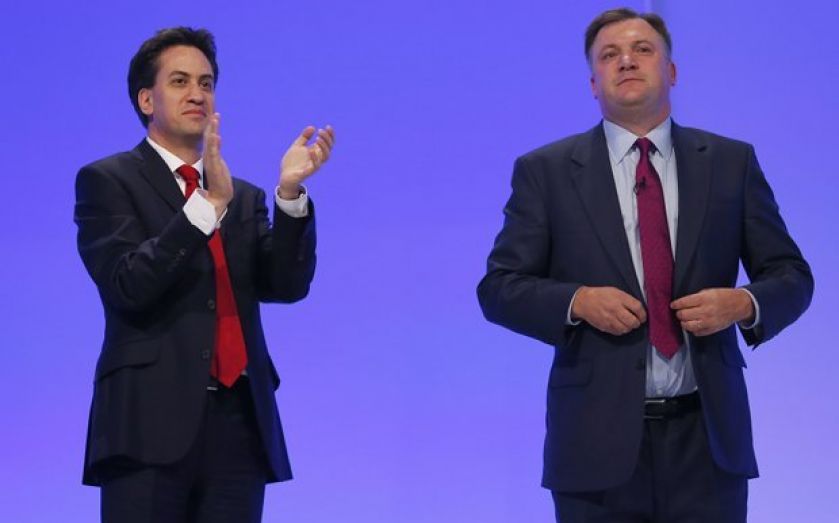 TODAY’S speech by shadow chancellor Ed Balls is the most important event at this week’s Labour Conference. Ed Miliband will get all the attention, but Balls’ speech is the one that matters. What he says – and how he says it – will determine the fate of British politics for the next two years.

Miliband has a very narrow mission this week. He must deal with concerns in Westminster about his character to end speculation about his leadership. Nothing more. And this requires a speech designed to appeal purely to Westminster elites.

These elites only care about style. Miliband will therefore almost certainly be working on a speech to be delivered with no visible notes, and with decent jokes, surprising personal stories, emotional moments, and a cameo by his impressive wife. A few announcements will bulk out the coverage.

Given the simple formula required to satisfy Westminster, low expectations, and the lack of a credible rival leadership candidate, Miliband should sail through. Barring disaster, pundits will say he has done “just enough” to secure his position.

But the personal nature of Miliband’s challenge means he is unlikely to reveal a meaningful campaign strategy. For that, we will have to watch Balls, who will be speaking today about what will be the most important issue at the election – the economy.

So central to the campaign will the economy be, that every single part of his speech matters – the policies Balls announces or amplifies, the phrases he uses to justify policy decisions, and the rhetorical framework in which he makes his argument.

What will Balls say? For a few clues see p1 and p2; we will find out the rest today. Labour’s economic policy is in transition, as the public have held fast to their belief that Labour caused the debt crisis and, more importantly, as data suggests the economy is finally improving.

In this context, Labour is moving away from the argument that the coalition’s cuts hurt growth, and is instead embracing financial discipline and a concern for public living standards. But there are different options open to Balls as he brings these themes to life. Politically speaking, three stand out.

The first is the populist “screw the rich” option. This would be a simple, negative approach, targeting the rich and successful in the name of fairness for the poorest. Accusing David Cameron and George Osborne of overseeing a recovery that benefits rich people like them, Balls could propose hitting the City, big businesses, and the highest earners with new taxes and regulations. Revenue could be used to pay for things like an increase in the minimum wage.

Alternatively, Balls could take a “fairness for the middle” option. He could focus on the impact of the downturn on the living standards of what politicians call “the many” – the working class, and the lower-middle and middle-middle class. This could include a protection of their rights to benefits, pledges to keep inflation down, limits on the energy industry, and changes in tax thresholds so fewer people are hit by higher tax rates.

Finally, Balls could articulate the “nice capitalism” option. He could stress his role was to put in place the conditions for economic growth that would benefit everyone. This would require a commitment to further major infrastructure projects and incentives to boost regional job creation. Such an approach would probably give a heavy focus to those businesses that the public actually like – small and medium-sized businesses outside London.

Of these three, in electoral terms, fairness for the middle makes the most sense. The government is vulnerable here in real terms, as working people struggle and there is still widespread public scepticism about the motives of the Tories. In practice, however, the Labour movement’s obsession with the very rich, coupled with Balls’ need for endless tactical combat, means he might take the first option. Time will tell.

Miliband’s speech will be an interesting piece of Westminster theatre but little more. This week is all about Balls. By the end of the day, when the shadow chancellor has finished speaking and defending his speech, we will have a very good sense about what the battle lines for the next election will be – as well as the tone of the debate we will be watching.

James Frayne is a communications consultant and former director of communications in government. His new book Meet the People shows how businesses can learn the skills of public persuasion from campaigns.