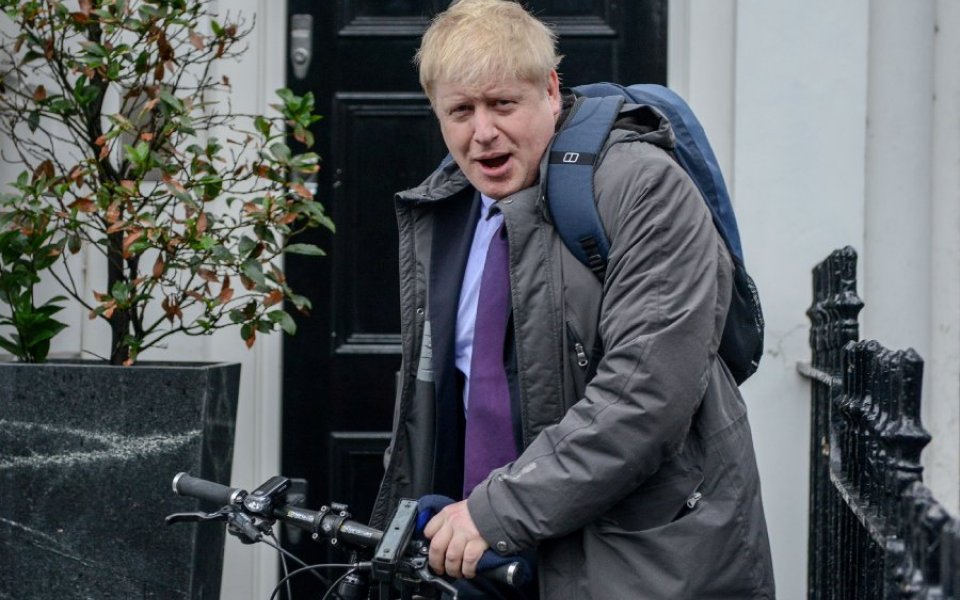 Boris Johnson sells papers. So for political hacks who view everything through the prism of party politics, both his divergence from David Cameron over the EU and the prospect of a future leadership run are understandably exciting. But in focusing so much on him, journalists are missing a far more important story which could influence the referendum result.

Despite what Cameron has claimed, as a matter of legal fact, even this new “thin gruel” UK-EU deal is not legally binding. As Vote Leave, Richard North and others have shown, it was agreed on an intergovernmental basis outside the EU treaty framework. This means it has no basis in EU law, and is reliant on the adoption of the measures in an unplanned and unspecified future treaty change. This might seem boring, but it matters. The pathetic “deal” represents nothing more than a series of clarifications and promises which might never happen, particularly given it relies on future leaders agreeing. Meanwhile, parts can be amended by the European Parliament or struck down by the European Court of Justice.

So we are simply being asked to trust that it will be delivered if we vote Remain. Cameron’s misleading words on this do not bode well. Nor does French President Francois Hollande saying there was “no revision of the treaties planned” or Angela Merkel explaining that it may never occur.

Unfortunately, being liberal with language seems to be a feature of Cameron’s behaviour on the referendum. Sovereignty was the weekend buzzword from his opponents, Michael Gove and Boris. That is “the ability for a governing body to govern itself without any interference from outside sources or bodies”. Or at least that is the official definition. On the Marr Show, Cameron instead tried to claim it was about an ability to “get things done”. Perhaps he took this definition from the same dodgy dictionary which gave him the meaning of “fundamental”, “reform”, “renegotiation” and “legally binding”.

The double-standards of some pro-EU journalists on Boris are breathtaking. Through the build-up to the mayor’s decision, it was clear that many were ready to spin his expected support for Cameron as a huge blow to the Leave campaign. As it happened, his decision to back Leave led to an outpouring of assertions that he is an unprincipled chancer, only thinking about his future leadership prospects. Maybe this was a factor. Maybe not. Yet those same people who castigated Boris (clearly an uncertain eurosceptic) have remained largely silent on the much larger number of lifelong Brexiteers who have enjoyed Damascene conversions to the EU after experiencing the delights of ministerial office.

Should Leavers spell out specifically what Britain would look like outside the EU? It’s a big strategic question. Many believe doing so would gift the EU and the Remain campaign an opportunity to close off the prospect. More importantly, many on the Leave spectrum disagree with each other about what they want or what is feasible in the probable two year initial exit process, and ultimately it will be the government, not the Leave campaign, undertaking that negotiation. Boris’s statement suggested to me that he would be happy with a European Economic Area style arrangement, a bit like Norway, inside the single market but outside political union. Others believe leaving the single market is necessary to tighten migration and that a free trade deal can be agreed quickly. Some believe in the much riskier option of striking out of free trade arrangements entirely. For others still, it is only feasible to remain within the single market to begin with, given how entrenched EU law and regulations are, before transitioning out.

There are disagreements over what is feasible and the extent to which we should be willing to give up some control temporarily to ease out. Where all Leavers agree, though, is that exiting is the only way to return sovereignty to the UK Parliament and prevent the UK from being swallowed into a deeper political union. Furthermore, leaving will allow us to exit damaging EU programmes such as the Common Agricultural Policy, take back our own seat on international bodies such as the World Trade Organisation, allow us control of our external trade policy and, to a lesser or greater extent, save on financial contributions.