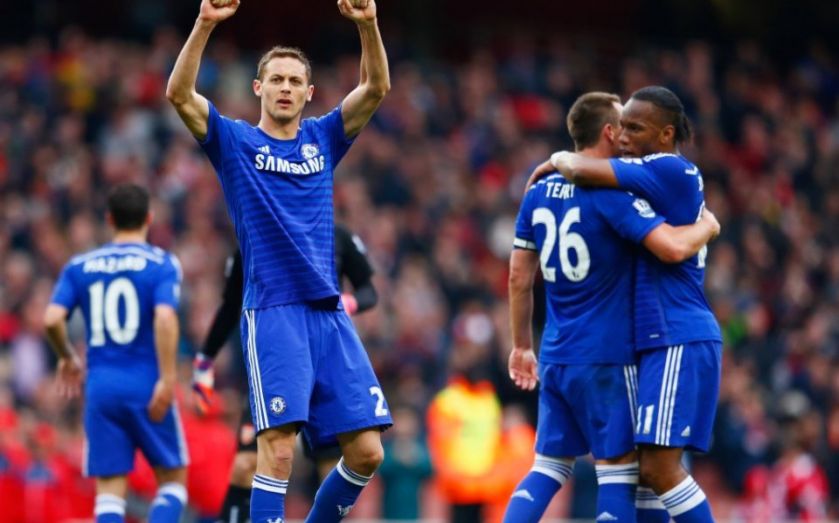 While it's hard to argue with the Premier League Team of the Year voted for by players and named at last night’s PFA Awards dinner, it is missing two very deserving candidates who would get in my XI.
One of those is Thibaut Courtois, because as good as David de Gea has been, for me the Chelsea goalkeeper has been just that fraction better. He has made crucial saves at crucial times, is impressively mobile for someone with such a big frame, and has been a key component in a Chelsea defence that has been bedrock of their title campaign.
That’s why three of their back four are in the PFA’s team, and would also be in mine. At centre-back, John Terry has shown such character to keep on improving even in the twilight of his career, while Gary Cahill has also been solidity personified.
Branislav Ivanovic is a deserving candidate at right-back for his competitive nature and knack of scoring important goals; he is always first to the ball at either end.
I agree with Ryan Bertrand at left-back. He has been the most consistent over the season and deserves credit for turning his back on a big club in Chelsea to help take Southampton to another level.
In midfield I’d have Eden Hazard, Alexis Sanchez, Nemanja Matic and – unlike the PFA voters – Cesc Fabregas. Hazard has simply been the best player in the division and is the reason why Chelsea will win the league. When he gets on the ball something invariably happens, and time and again the Belgian No10 has turned one point into three.
Alexis has been phenomenal and a perfect buy for Arsenal. He has a different style to Hazard but is also a defender’s nightmare as he can go left or right and turn on a sixpence.
Matic has protected Terry and Cahill brilliantly. He knows his own game and doesn’t try to over-reach, is quietly effective and one of the first names on the team-sheet.
Fabregas may have faded but knits it all together for Chelsea. He set the tone for a great season with a superb pass to Andre Schurrle in the first game of the season at Burnley.
Up front you can’t overlook Harry Kane, who has been a breath of fresh air for Tottenham. Even though he has looked tired lately he took his goal at Newcastle last week so well.
And finally, alongside him I have to agree with the selection of Diego Costa. He has settled brilliantly at Chelsea, has led the line wholeheartedly and never let the £30m price tag affect him.
Trevor Steven is a former England international footballer who now works as a media commentator.