It may seem like a distant memory now, but the London 2012 Olympic Games promised a lot in the way of legacy. It anointed six east London areas – Newham, Tower Hamlets, Waltham Forest, Greenwich, Barking & Dagenham and Hackney – ‘Growth Boroughs’ and predicted that the money pouring into Stratford would emanate out to them.

In truth, there’s been some leakage around the west half of Newham, with Westfield and Here East turning the area into a commercial and retail hub, some more out to Hackney Wick and the last vestiges trickling down the Lower Lea Valley to Bow.

All these new jobs have dragged the city east, making Bow an ideal commuter hotspot with Stratford and Canary Wharf on the doorstep.

“Many jobs have been created and, in turn, have resulted in an increase in new homes,” says Khalil Rehman at London & Country estate agents, which is currently selling 83 new builds above a new primary school at Bow Garden Square, due to be finished by Christmas. “Large developments and architectural works as well as regeneration to the old hospital, building construction work to numerous schools and further new build spacious apartments have created a cosmopolitan hub.”

According to a recent report by estate agency Knight Frank on the Lower Lea Valley, which encompasses Bow and neighbours Poplar and Stratford, there are more than 60 new housing schemes of 80 units or more going up over the next two decades, equating to more than 20,000 new homes.

This is necessary to accommodate all the people. The same Knight Frank report says the population of Tower Hamlets, the borough in which Bow resides, is predicted to grow by 12.8 per cent in the next 10 years.

And the population isn’t the only thing growing in Bow. House prices have shot up, rising 50 per cent in the last five years, compared to 30 per cent across the whole of London, according to figures by Savills’ research team. Local agents all put the average flat price between £418,000 and £420,000.

Period conversions and new builds compete to achieve the highest prices, according to Fyfe Mcdade’s Shoreditch branch, with resales then ex-local council properties representing better value. “It’s popular with young professionals and families priced out of more established east London areas,” says Tom Page from Fyfe Mcdade. “There is a lot of investment going into the area; Roman Road is gentrifying weekly with new restaurants, independent shops and pubs.”

You certainly won’t be short of the latter as there are more than 30 local boozers to choose from, as well as over 80 houses, gates and even a fountain protected by English Heritage listings, according to Frances Clacy, a Savills research analyst.

Roman Road is popular with families, but the most desirable address is Tredegar Square towards Mile End. “Last year, less than 10 per cent of Bow sales were above £1m, while this decreases to six per cent across the borough,” says Clacy. “Historic homes have accounted for some of the priciest properties in Bow, including the grand Georgian homes on Tredegar Square and Rhondda Grove, both in a conservation area.” 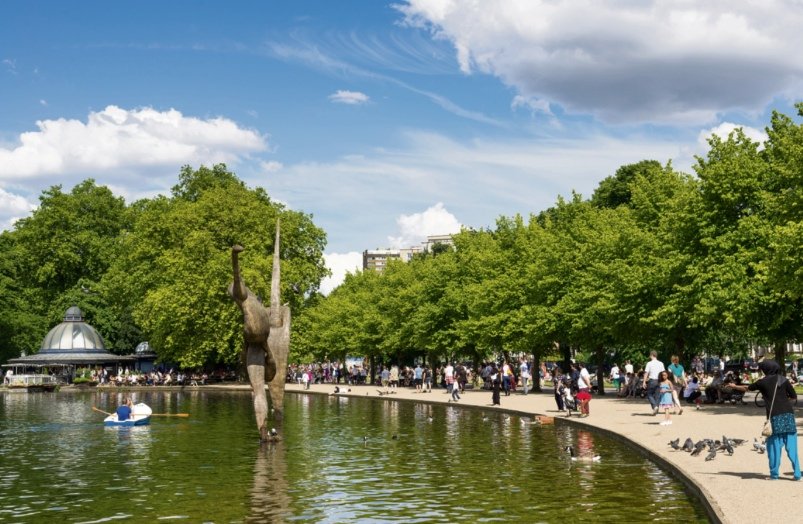 The undoubted highlight of the Bow area is Victoria Park which, yes, borders Hackney and sort of belongs to Bethnal Green as well. But we’re going to take this one for Bow this week. As well as hosting two cafes, a skate park and numerous music festivals, it’s a top place to go for a jog of a morning. Social enterprise Bow Arts has been running since 1994 and now it’s a cultural hub for all the community. As well as being a cracking venue, it has an arts education programme, the Nunnery Gallery for contemporary art, as well as studios and accommodation for artists. There are also some top gourmet businesses around for food lovers, including H Forman and Sons, legendary smoked salmon purveyors of Stour Road. Thought the fish comes from Scotland, the curing and smoking has been done here since 1905. Now with protected status, it supplies top restaurants all over the world. Down the road, Truman’s Brewery also makes a citrus pale ale called Bow Bells in homage to the surrounding cockney population.