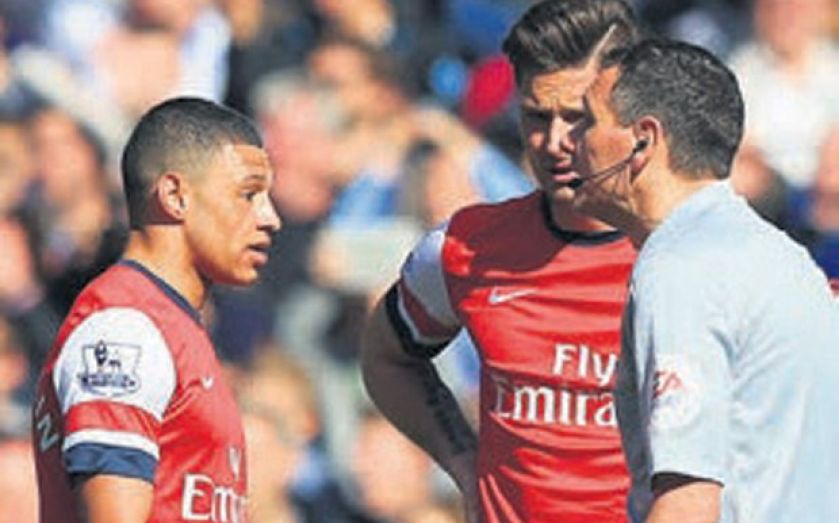 ARSENAL manager Arsene Wenger has predicted a positive response from his humbled team against Swansea tonight after receiving a double boost over the availability of Kieran Gibbs and Alex Oxlade-Chamberlain.

Both players were spared suspensions yesterday when the Football Association transferred Gibbs’s red card to his midfield team-mate on the grounds of mistaken identity and then scrubbed it completely.

Arsenal successfully argued that Oxlade-Chamberlain did not deserve to be dismissed for handling inside the penalty area because the shot in question was going wide, and he had therefore not prevented a goal.

It means both are available to face Swansea, who are without a win in eight games, in a match Wenger believes will demonstrate that the weekend’s severe setback at Stamford Bridge was a blip.

“The response has always been very strong and I’m convinced it will be again,” said Wenger, whose side have suffered consecutive defeats just once this season.

“An accident has happened. That doesn’t mean that you’re not a good driver. It just means that we have played about 40 games this season and it’s not what happened on Saturday that reflects the quality of this team.

“We have 62 points that we earned hard with quality games and that’s what we want to focus on, to get back to that quality.”

Wenger, who is without defender Laurent Koscielny with a calf injury, said the Gunners’ third heavy defeat of the season was in part down to the ruthless attacking of league leaders Chelsea.

“You have to put that into perspective,” he added.

“We just came out of two convincing results at Bayern Munich and at Tottenham with a very solid defensive performance, so you have to think that was an accident. How do you deal with the accident? You repair them, you repair the damage and you go for the next one.”