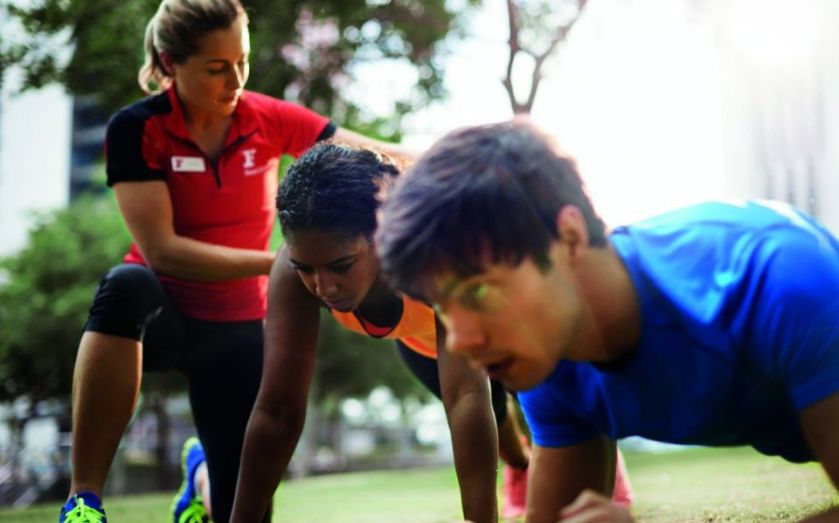 Gym chains profit from helping people stay in shape, which is no easy feat when the customer in desperate need of a health kick is the club itself.

Fitness First, which was rescued by its lender Oaktree Capital from the brink of collapse in 2012, has faced the gruelling task of getting back on form after years of underinvestment and fierce competition from new players in the market.

Now more than halfway into a three-year £200m plan to revamp its sites, chief executive Andy Cosslett is confident that the results are starting to bear fruit – despite revealing a 49 per cent drop in adjusted operating profits to £14.9m.

Results published yesterday for the year to October 2014 showed earnings before interest, tax, depreciation and amortisation (Ebitda) fell by 16 per cent, to £65.3m, while revenue dropped 0.3 per cent to £509.3m.

However, Cosslett said that earnings at Fitness First’s revamped UK clubs increased by 10 per cent over the year, helping the overall business return to growth for the first time since 2009.

Its Asia business also performed well, with like-for-like Ebitda up 10.5 per cent, while in Australia the company has begun to stem the decline in profits.

“We have been busy pouring money into the business, and getting medicine into the patient by rebranding our clubs and retraining staff, changing our brand look and feel, and closing quite a few clubs that we didn’t think would make the journey,” Cosslett told City A.M.

So far, it has revamped 174 of its 328 clubs across the world and plans to spend a further £86m completing the remaining sites by the end of the year, excluding its franchises.

“We are still only two-thirds of the way through the refurbishment of our club estate, and you have to get a critical mass of clubs done before you actually start to see those improvements flow down and feed through to bottom line.

“So it is a question of timing and, very encouragingly, we are seeing that where we applied the investment, we are seeing a better performance,” he said.

Drawing on a background in the hospitality industry, the former Inter-Continental Hotels boss has sought to spruce up Fitness First and take it more upmarket by removing turnstiles in the lobby and improving changing rooms with gadgets such as cold air showers.

However, he said that the holy grail of fitness chains – the key to retaining its members – is getting people off the treadmills and onto the exercise mats.

“Free space allows us to engage with group training on the floor, which improves social dynamics and connections between members and staff. The more you can do that, the more it benefits the community, and we find there is a very direct link to retention,” he said.

Despite member numbers falling last year from 916,000 to 873,000, Cosslett said the decline was “stabilising” and the chain has seen former members returning on the back of the improvements.

“It has been a hard turnaround, as you have to go back and persuade a lot of people you have changed and that’s what we are doing,” he said.

Fitness First has also had to battle with its rising competition from fast-growing budget chains such as Pure Gym and the Gym Group.

But Cosslett is confident it can fend off rivals by offering added perks and services that the budget chains lack: “We operate a very different philosophy to them. Clearly, people have the freedom of choice, and if they are confident trainers and like to do stuff on their own, then that’s fine.”

“But research tells us that people generally are social animals, and some sort of acknowledgement of who you are or human interaction – even at a very low level – is good.”

The group plans to launch a new website this summer, giving customers access to 1,000 training videos and plans that they can customise and share with other members and their trainers. New technology will also be able to provide gym members an estimate of their “biological age”, after they complete a fitness and health assessment.

With the turnaround almost done, Cosslett said the company is looking at further expansion, with 11 new sites opened last year, including a flagship club at Bishopsgate in the City.

Fitness First is understood to be one of the bidders eyeing the acquisition of LA Fitness gyms, but Cosslett was keeping quiet on the process for now: “If we are able to find more sites that develop our position, particularly in the south-east corner of the country, then we would be interested,” he said.