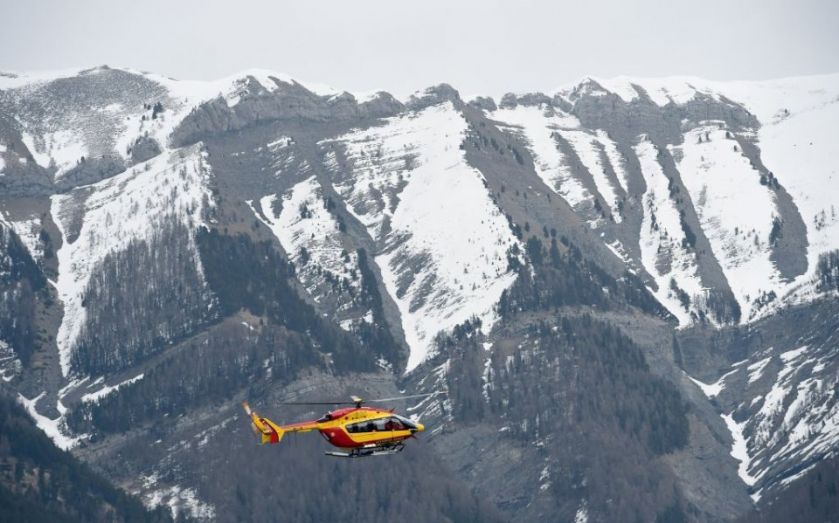 A search and rescue mission is underway in southern France after an Airbus A320 crashed in the Alps earlier today.

Lufthansa has confirmed that 150 people were onboard the Germanwings flight 4U9525 from Barcelona to Duesseldorf, 144 of which were passengers. Among them were two babies and 16 school children.
French Prime Minister Manual Vall told reporters no survivors were expected.
Council official Gilbert Sauvan has told Les Echos newspaper: "The plane is disintegrated". He added that "the largest debris is the size of a car", the BBC reports.
But search and rescue teams have been sent into the mountain range to locate the plane.

Helicopters of the French Air Force and civil security services are seen in Seyne, near the crash site (Source: Getty)

French firefighters gather in a gym converted into a temporary rescue and rest center in Seyne (Source: Getty)

There is still no word on the cause of the crash. Officials would not comment on how long they expected the investigation to take.
Families of those on the flight in Spain and Germany have been contacted throughout the day.

An emergency counselor stands next to candles and flowers in front of the Joseph-Koenig-Gymnasium secondary school in Haltern am See, western Germany (Source: Getty)

Both French President Francois Hollande and German Chancellor Angela Merkel have made statements expressing their sadness and solidarity with the families.
Hollande, who was today hosting members of the Spanish royal family, said: "This is an air tragedy and we will try to understand the reasons and causes of the accident, and obviously we will give the concerned authorities as well as the victims support.

"This is a mourning period, because this is a tragedy that has happened on our territory. I intend to find out if there were other consequences of the accident … and we will find out more in the hours to come."

Hollande with Spain's King Felipe VI and Queen Letizia after their meeting at the Elysee Palace (Source: Getty)

Merkel, who spoke as it was revealed 67 Germans were on the flight,  said she was "deeply shaken" by the incident and would be travelling to the site.

Angela Merkel speaks today (Source: Getty)
Both Lufthansa and Germanwings have changed their logos today, turning them grey and black out of respect for those whose lives may have been lost.