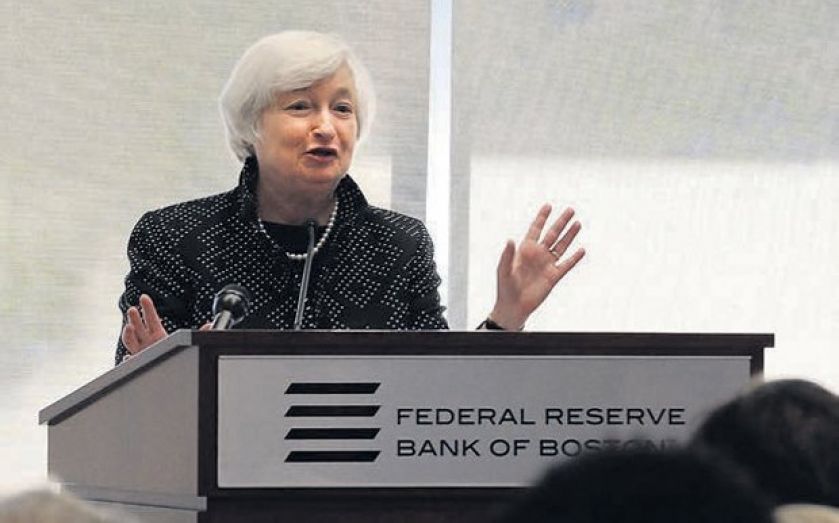 US INTEREST rates are expected to rise before those in the UK, as the Federal Reserve last night indicated it will not slow down its path to tighter money despite wobbles in the world economy.

Mark Carney has indicated the Bank of England will keep rates lower for longer as wages are not yet rising steadily, and stagnation in areas like the Eurozone is slowing the UK’s recovery.

Economists now expect interest rates to start rising in the UK in November 2015 or even 2016, while in the US they are predicted to increase from June next year.

“We expect the first Fed hike in June 2015 – unemployment is dropping quickly and the economy is growing solidly, which means record low interest rates are becoming less and less appropriate,” said Rob Wood from Berenberg Bank.

October’s meeting saw the Fed finally stop printing money to buy more bonds, and the minutes of the meeting show there was intense debate between policymakers on how much guidance to give on rates.

The focal point was the guidance that it would be a “considerable time” before rates go up. Some policymakers wanted that phrase to be removed as the time for a hike draws nearer, but were fiercely opposed by other who argued this could inadvertently cause a tightening in markets immediately.

“We expect the ‘considerable time’ wording to be removed at the December 16-17 meeting and anticipate that the liftoff in administered rates will occur next June,” said Societe Generale’s Brian Jones.

US markets were unchanged by the news, with the Dow Jones and the S&P 500 both ending the day almost completely flat.