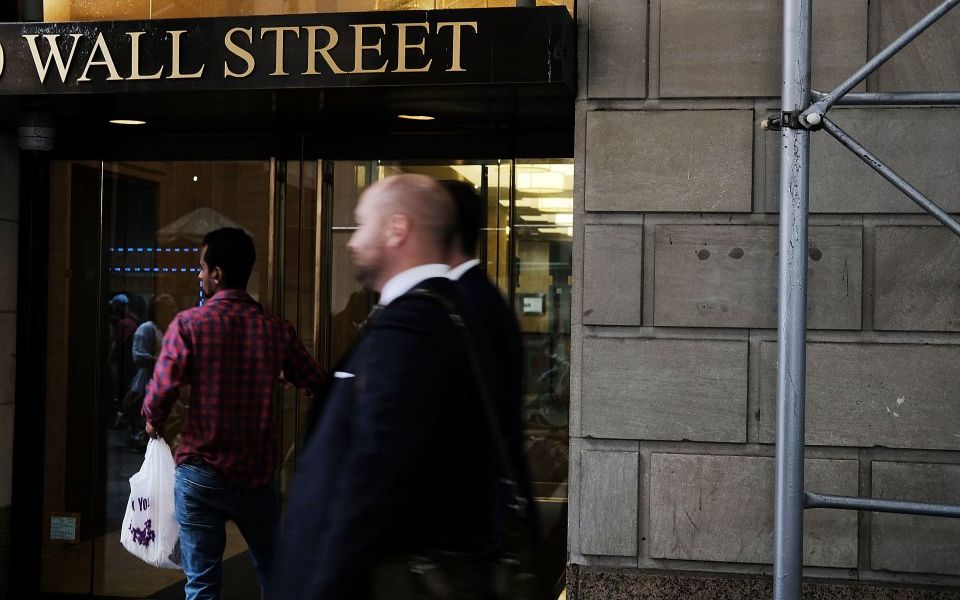 For decades, the Federal Reserve has been the wingman to the US equity market, manipulating monetary policy to prevent the stockmarket from tipping into chaos.

It was during the financial crisis of 1987 that the US central bank first came to the rescue by pumping liquidity into the financial system. Ever since, the Fed has been at hand to prop up the equity market, restoring investors’ confidence during notable events, such as the 9/11 terror attack, the 1997 Asian financial crisis, and the collapse of the tech boom.

This phenomenon, branded the “Greenspan put” after the Fed’s former chairman Alan Greenspan, really came into force during the 2008 global financial crisis, when the Fed cut interest rates in order to jump-start the flow of money into the markets.

Such action caused the equity risk premium – which measures the excess return investors get from equities compared to “risk-free” investments like government bonds – to surge to nearly seven per cent by the end of September 2011.

Today’s equity premium stands at 3.2 per cent, which the head of multi-asset solutions at asset manager GAM, Julian Howard, says is still attractive to investors.

Howard points out that government bonds have produced weak returns since the early 2000s, while the equity premium has been higher than the historical average since 1990, meaning equities have been the more attractive option for investors for some time. And while many market players have got used to the central bank’s protection, Howard stresses that “things can – and do – change”.

The central bank’s tone began to shift towards the end of last year to become increasingly more hawkish, and Howard says the risk to the equity premium is now the Fed itself.

The Federal Reserve shocked the markets in June by lifting interest rates for the second time this year, despite a string of feeble inflation readings. Fed chair Janet Yellen defended the decision by saying it was a reflection of the progress the US economy had made.

Michael Metcalfe from State Street Global Markets describes the past nine years as a “puzzle” because it has been one of the slowest economic recoveries in post-war US history, but one that has generated some of the best returns for equity markets. “This is usually explained by the super-accommodative monetary policy that has prevailed over the period, but with the US economy undeniably at full employment and inflation close to target, monetary policy looks set to lose its superpowers this year.”

According to GAM’s multi-asset boss, it might be that the Fed no longer needs to support the equity market in the same way as it did in the 1990s and immediately after the financial crisis.

He also points out that the relationship between the stockmarket and retail spending seemed to break down in the aftermath of the 2008 financial crash, when the US equity market surged while retail sales flatlined, which suggests movement in the securities market no longer affects consumer confidence.

Some experts think the Fed might be more tolerant of volatility in equity markets as a result, and less likely to provide a buffer against their falls.

“The central bank believes the market is expensive; that doesn’t mean it wants to engineer a market correction, but it is less likely to to stop one,” says Howard, warning investors are now “on their own”.

How should investors react?

Howard says it may be time to start banking the sizeable gains made in equities over recent years, advising investors to move into short duration bonds where you might get a lower, but more reliable return.

The low-rate environment has persisted for a long time, and Nicholas Wall, fund manager at Old Mutual Global Investors, says investors should be wary given the market has been driven by the relentless search for yield.

Interest rate hikes ultimately cast a shadow over risk assets because the small amount of extra yield you get for taking more risk will look less appealing. But BlueBay Asset Management’s Mark Dowding points out that policy is still very accommodative and tightening will be gradual, so investors shouldn’t expect an abrupt shift.

It may seem like the Fed is moving away from its support of the equity market, but Christopher Meurice at Signia Wealth says that was never its mandate. “The idea that the Federal Reserve implicitly has an investor’s back is arguably one of the most fundamental distortions in financial markets.”

This means investors’ risk-taking behaviour is warped because they think the Federal Reserve will stop the worst case scenario from occurring.

“When the central bank is perceived to target market stability on an equal footing to economic stability, the door is opened to mispricing and moral hazard,” says Meurice.

While central bank intervention can be justified when there is a crisis, he says financial markets should simply be a source to glean economic insights. So with the US economy continuing to show promising signs, investors should not expect the Fed to continue to support equity returns.