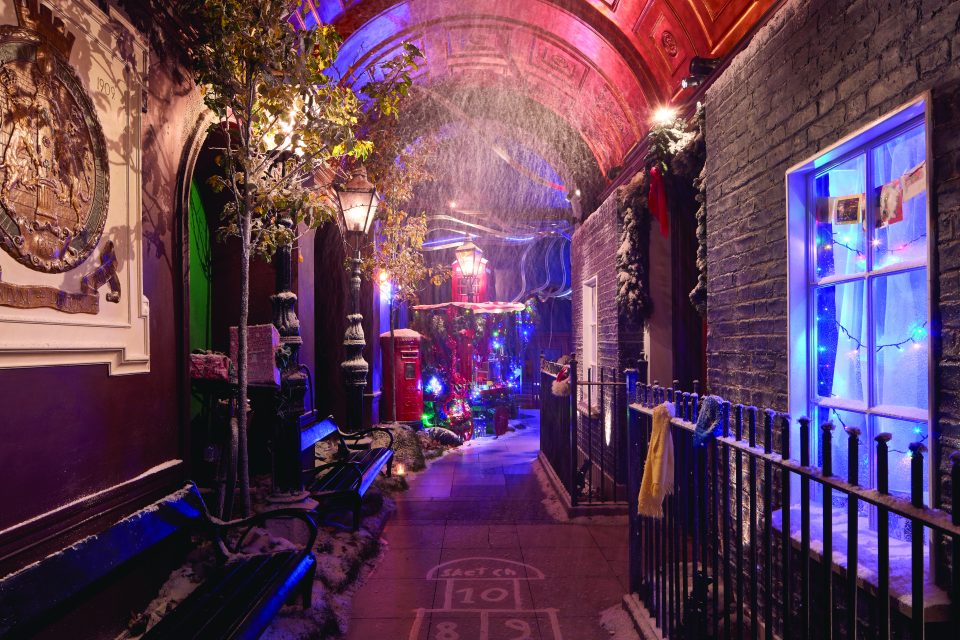 Since writing this column my bah humbug feeling about the run-up to Christmas has been transformed. Now that I am blissfully untouched by Christmas jingles bombarding me from shops and TV (thanks, internet), Christmas cheer is all around me as London slowly lights up.

We are spoilt for choice in terms of where to gather, as restaurants and bars add glitter and glamour. Decorated trees and fairy lights abound, as do igloos (the South Bank, Fulham’s Albert Wharf, The Sipping Room at Canary Wharf, Coppa Club Tower Bridge, Tobacco Dock in Wapping) and alpine cabins (Le Pont de la Tour, Coq d’Argent and Winterland on Wandsworth Bridge Road among many more), but some venues really go to town.

The fab four festive bars and hotels in my opinion are Claridges, The Connaught, Sketch and Aqua Shard. So how are they dressing up to celebrate the end of the decade?

The biggest budget is splashed at Claridges, which for the past ten years has commissioned a designer and regular guest of the hotel to create a show-stopping theme in the lobby. This year it’s Christian Louboutin, famous for his red-soled heels. It’s impressive – shoe-shaped gingerbread biscuits hang from branches of a traditional tree, swathed in red and gold baubles and topped with a gold crown.

Louboutin’s nostalgic Loubi Express has steamed into the lobby, where champagne, cocktails and canapes are served inside a festive bar made from a train carriage (no bookings, claridges.co.uk).

Around the corner is Claridges’ sister hotel The Connaught, whose tree is always the outdoor centrepiece for plushy Mount Street. This year it has commissioned Irish painter Sean Scully, but as it was only unveiled last night (the-connaught.co.uk) I popped over to Knightsbridge to The Berkeley, for its 137,000-light installation called Snowfall by Rogers Stirk Harbour & Partners. Stunning.

Read more: The definitive guide to the best Christmas sandwiches of 2019

I never miss taking a friend to Aqua Shard – my go-to local where we kick off the season with its inventive (sometimes peculiar) Christmas cocktail and festive pud (always delicious). This year the six-metre ‘tree’ in the atrium is a real winner – a huge cut-out red bow surrounded by cut-out ladies in party dresses drinking Veuve Clicquot, inspired by Art Deco and the showgirls of Busby Berkeley musicals, and created by Scottish fashion designer Holly Fulton (aquashard.co.uk). Great fun.

Sketch on Conduit Street grabbed headlines when its two-star Michelin restaurant, the Lecture Room and Library, jumped to three stars for 2020, Michelin saying “there are few more joyously colourful and lavishly decorated restaurants in London”.

All four of the Sketch restaurants get a festive makeover using artists, florists and prop-makers, but the entranceway is the hero. It is joyfully executed, blending Christmas scenes with a hatter’s shop, and artist Alex Haw’s Arboreal Lightning LED tree sculpture (sketch.london).