The definitive guide to the best Christmas sandwiches of 2019: Don't eat lunch without it 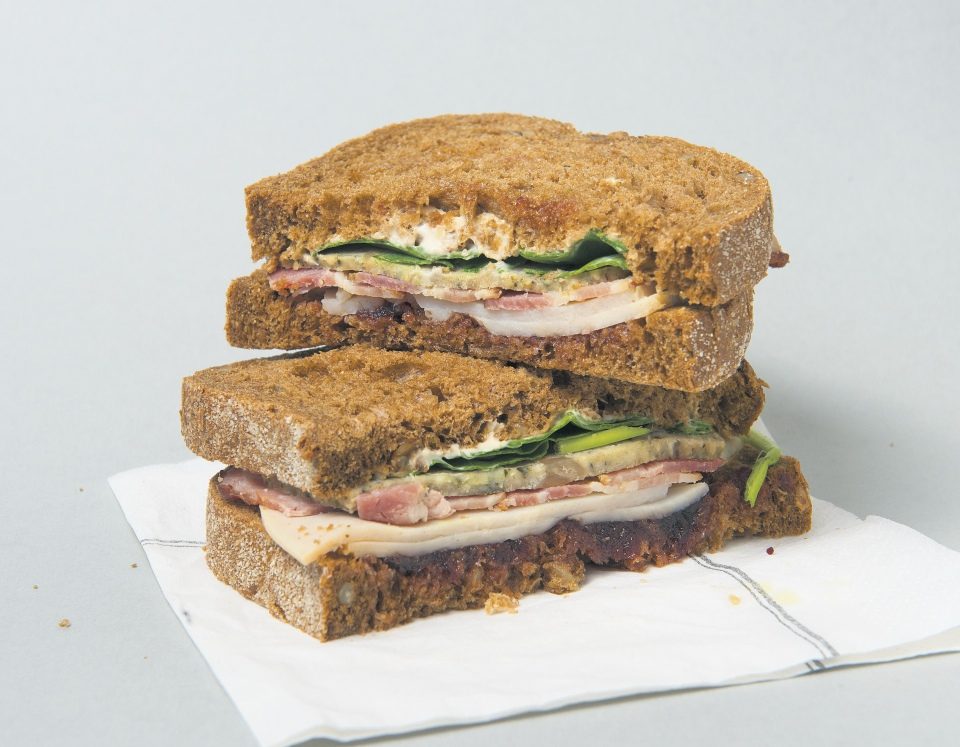 Cranberry-sodden turkey sandwiches seem to arrive earlier and earlier every year, and 2019’s parade of oppressively festive Christmas offerings from the City’s favourite high-street food chains is no exception.

This year’s sandwich selection is a more mixed bag than ever, hiding some delectable surprises among a real cavalcade of limp bread and lacklustre bird. With so many trap-baps to avoid, you need our guide to the very best and worst Christmas sandwiches more now than ever. We’ve taste tested the lot, from classic turkey with all the trimmings to the vogueish allure of the vegan Christmas sandwich.

There are some decent flavours in here – the red cabbage is a nice touch – but unfortunately it all coagulates into a single damp mass, a paste made up of barely recognisable traces of animal and vegetable (and mineral?). The bread is a plus though, a rare show of faith in a good bit of dough, which, lest we forget, is a vital part of a festive sandwich. Remember: Christmas isn’t just for turkey.

Less “crumbled” falafel and more “minced into a fine powder” falafel, Costa’s sandwich could sap the moisture out of you just by glancing at it. Vegan mayo and cranberry sauce rescue it from unpleasantness, but the reliance on grilled carrot for some crunch leaves you with a rather dull salad sandwich.

Is ham and Wensleydale Christmassy? We’re not sure, but Sainsbury’s put it in the festive section so we’ll rate it. It’s good. Perhaps even very good. The cheese is nice – Wallace would approve – and the ham is fine. But try serving this on the 25th and you’ll have a mutiny on your hands, my friend.

How many animals died to make this sandwich? Look at all that glistening meat. Just look at it. Imagine how you would feel stuffing all that down your throat. It’s too much. The bread is relegated to a thin sheath, basically a glove to grip the protein. The bread deserves better. We deserve better.

The greatest divider in the UK since Brexit, the addition of yorkshire pudding to a Christmas dinner has torn families apart. But, in this case, at least, we can wholeheartedly recommend the yorkshire pudd, which is used as a wrap for the usual stuffing and turkey.

The long strips of grilled carrots that comprise most of this sandwich taste raw and are cut too thick, creating an uncomfortably firm crunch that also risks pulling the remaining contents out with each bite. Some cynical front-loading along the diagonal slice creates a false impression of girth here too, while the port and cranberry sauce is heavy on the berry and all but imperceptible on the port.

A jack of all trades sandwich for idiots who can’t commit. Get out of here.

Too much green; thin, flaccid bread; soggy meat. This sandwich is in the doldrums. The cranberry sauce is too sweet, although the serving of turkey
is at least fairly generous.

This controversial Brussels sprout sandwich divided opinion at City A.M., with one camp firmly anti-sprout and the other declaring their undying devotion to this tiny, iron-rich treat. Paul avoids the trap of slathering its sandwich in cranberry sauce, instead baking the cranberries right into the bread itself, an innovative approach that gives it the condiment-headroom required to brighten up this leafy, crunchy roll with orange jam and Old English chutney instead. The only downside? It could do with more sprouts.

Benugo has finished top of the City A.M. annual rankings on more than one occasion and this year it once again brings its A-game, with the right combination of sweet cranberry and savoury stuffing, packaged between decent bread. A winner’s sandwich.

Greggs – the City A.M. innovator of the year – has availed itself wonderfully throughout 2019, with the vegan sausage roll proving to be a huge boon for the company and for veganism as a whole. But this is a lacklustre addition to its festive roster, too flabby and soggy, its filling an indistinct mulch. Avoid.