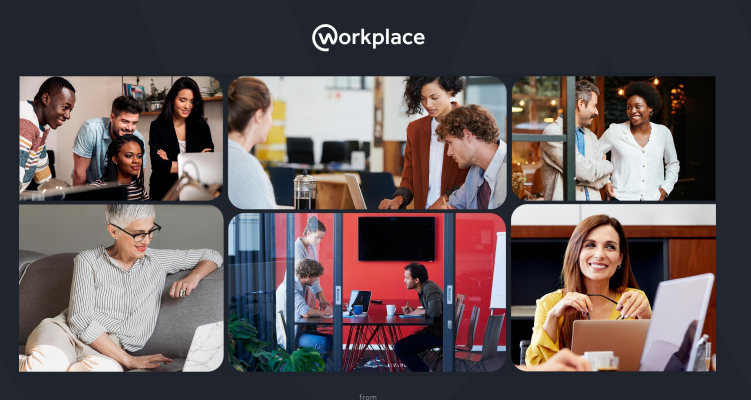 Caught out by the sudden success of Zoom as the world entered coronavirus lockdown, Facebook has introduced its own video conferencing tool on Workplace.

The social network’s B2B business has seen its own jump in user numbers this year, as paid customers rose from 3m six months ago to 5m in March.

By then coronavirus had spiked in Italy, forcing the country to put its entire population into quarantine, and Boris Johnson did the same for the UK on 23 March.

Zoom – used by everybody from startups to governments to coordinate outside of the office during the pandemic – saw its daily user count explode from 10m meeting participants to over 300m in March.

Facebook Workplace, Mark Zuckerberg’s B2B version of the social network, has been around since October 2017 as a paid-for collaboration tool.

Read more: The office is changing – and that means a shift in the real estate market, too

“There’s a hunger to feel connected and a hunger to feel present and Workplace does that really well,” he said. “A lot of customers were asking for it and I’m glad we were able to take a B2C product and make a B2B product for people who need that platform.”

The result, Workplace Rooms, allows customers to host video calls on desktop, mobile or the Workplace app on Portal, Facebook’s dedicated device advertised as a way for families to stay in touch during lockdown.

Anyone can join a Workplace Rooms call even without an account or the app.

Cordinou said Rooms is not designed to compete with more fully-featured video conferencing tools like Cisco, or even the premium version of Zoom.

“We will never do a full-featured Zoom or Cisco-type solution,” he said. “We want to do 90 per cent of the job but not just for the people who can pay for it. All these solutions are great but they’re expensive.”

Workplace Rooms is free for the rest of the year and then will be offered as part of a paid-for Facebook Workplace subscription.

Cordorniou said Facebook has learnt from Zoom’s security troubles – and the social network’s own patchy history with privacy – to ensure Workplace Rooms is a secure place for businesses to collaborate.

Cordorniou said “there’s no way back” to full-time hours in an office once the pandemic finally passes.

Facebook Workplace’s other announcements suggest the tech giant sees the remote working market as a lucrative one longer term, too.

The social network is also making Oculus for Business – announced last year – widely available. A future first envisioned by the long-defunct Google Glass as a way for workers to remotely train, Oculus for Business allows companies to use the virtual reality headsets to conduct VR training programmes.

“We are now providing VR surgical training at a scale that we could previously only dream about,” says Tim Mauri, Director, WW Professional Education Technology & Innovation. “Our goal is to train more surgeons in 2020 than we did in the prior three years combined.”

And Facebook Work Groups is a Facebook-style group for co-workers to discuss things like shift swaps. It now has more than 20m active monthly users across 170,000 groups.

For external-facing video calls, Workplace also offers live video enhancements including automatic caption translations in six languages, editing, and the ability to add a Q&A to a live video.

“What people have experienced [in this pandemic] is being able to be productive at home and connected,” Cordorniou added. “We have been talking about the future of work for years but we have been catapulted into it overnight.”