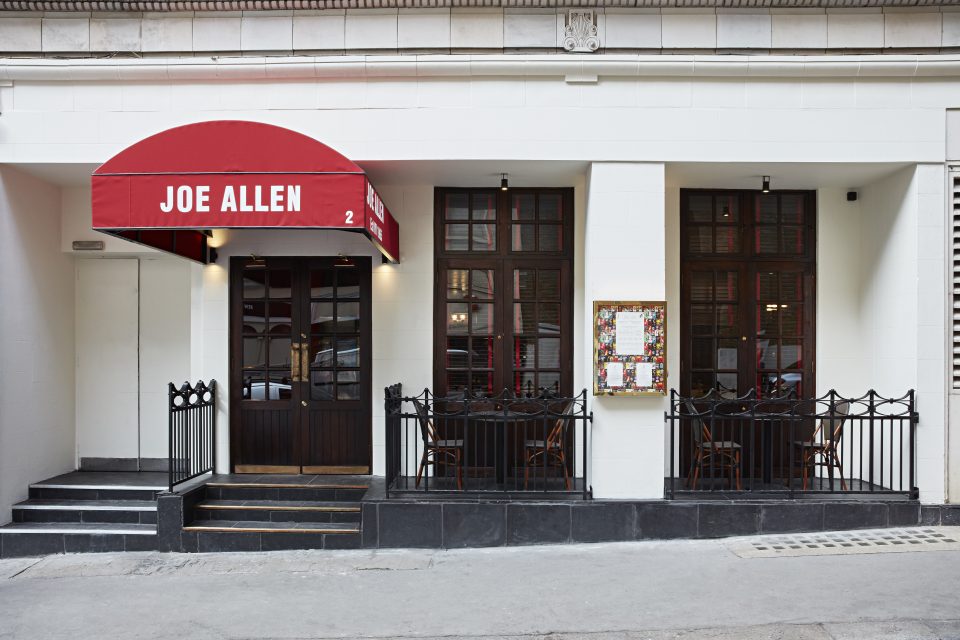 It’s the Theatreland institution that has provided late night refreshment to London’s thespians for more than four decades – but like every other restaurant in the capital, Joe Allen’s has been hit hard by the Covid-19 lockdown.

But for those missing the theatre, the New York-style brasserie in Covent Garden will be hosting a series of virtual cabaret evenings to raise money alongside charity Acting for Others to ensure that it, and the rest of Theatreland, can reopen when live audiences are eventually able to return to the stalls.

The late-night spot has been a ‘wind down’ spot for theatre’s leading lights and backroom hands since opening in 1977, with Dame Judi Dench and Rod Stewart amongst the many to have grown comfortable in the mahogany surrounds.

The bar moved – quite literally, piece by piece – in recent years to a new location on Burleigh Street, jusr round the corner from its original spot on Exeter Street.

Drag queen La Voix will compere the first of the virtual cabaret nights on July 4th, with an hour of varied performances including Steve Hewlett and feature seasoned actors such as Patricia Hodge and Sir Derek Jacobi.

A host of other West End stars will chip in too, belting out famous melodies from Guys and Dolls and myriad other musicals.

Guests will even be sent cocktail recipes ahead of time to ensure they are truly able to get into the spirit of a night at the theatre.

Though bars and restaurants are able to reopen on July 4th, theatres will remain effectively closed, with no live audiences allowed. Dame Judi last week warned of theatres, “I don’t know when we’re going to get them back” and called for a lobbying push to ensure decades-old institutions aren’t forced to close for good.

“Joe Allen has been a long-standing part of the theatrical community and it is a pleasure for us to be involved and we thank them for their support for Acting for Others,” said Acting for Others co-chair Stephen Waley Cohen.

“The funds raised will make a difference to the many beneficiaries of our fourteen-member charities as they help those affected by Covid-19.”

“The West End has been particularly devastated by the pandemic and without this support, Joe Allen may not be able to reopen, as such we wanted to use this time to shine a light on ourselves and also others in need in the theatre industry through Acting for Others,” Joe’s GM Cathy Winn said.

She continued: “Broadway is in our blood and we have always been a home away from home for actors so we hope that this show will unite our community and loyal guests for an evening of fun, laughter and merriment during these troubled times! We can’t wait to stand shoulder to sequinned shoulder with our beloved theatrical family – the show must go on”

An Evening at Joe’s will take place on Saturday 4th July from 8pm – 9pm via YouTube. The show will be available to watch after transmission on the Joe Allen website.