Exclusive: Remote working is just as effective, but it can hurt pay and promotion, HR execs warn 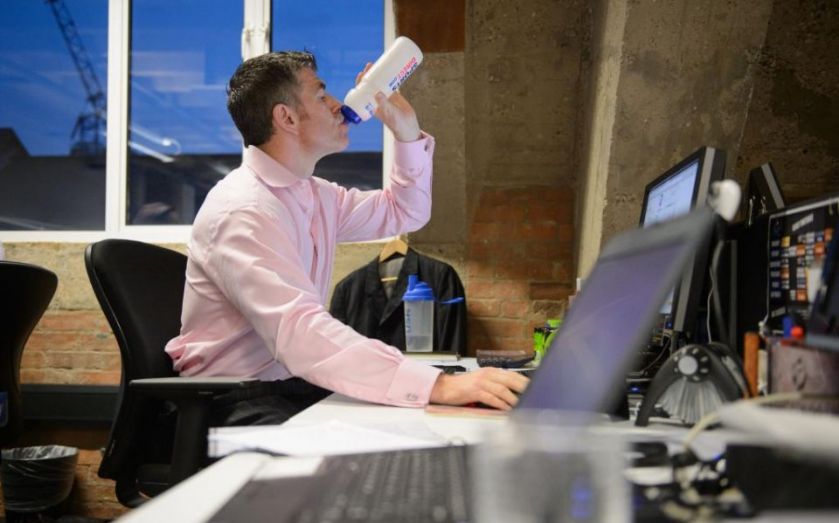 As the City is gradually coming out of lockdown, a range of large companies and financial institutions announced in recent weeks that hybrid working is here to stay.

HSBC became the latest big financial services firm to confirm it is making some sweeping structural changes to its working pattern as it adjusts to the post-pandemic reality.

The financial giant announced plans last week to scale its office space back by nearly 40 per cent as part of cost-cutting measures. CEO Noel Quinn said it is “not necessary” for staff to be in the office five days a week.#

HSBC’s move is part of a wider shift to flexible working arrangements. To test the temperature in the Square Mile City A.M. asked a selection of human resources and recruitment professionals what their observations are.

According to Helen Llewellyn, director of workplace specialist Infinity Wellbeing, for many people homeworking is more productive than office-based work.

“Allowing or encouraging home-working is generally good for the soul,” Llewellyn said. “Who wants to be in a traffic jam or on a jam-packed tube when you could be having a coffee on your patio?”

Her peer James Costello, co-founder of workplace mental health consultancy Born Human, said in agreement that “the idea of the traditional workplace is now a thing of the past, because for so many of us our ‘place’ of work can mean everywhere and anywhere.”

Moreover, homeworking has presented an opportunity to employers and employees alike to explore the trust in their relationship and the potential benefits a flexible approach can yield, he added.

One thing companies must be remain way of is basic human interaction, Costello shared with City A.M., saying this should not be “compromised” as part of the current workplace evolution.

Having said that, at the end of the day, “there’s no doubt that an era of labour market history came to an end with the Covid-19 pandemic. Change, of course, is inevitable and this evolution, like all others, is one we must adapt to if we are to achieve a positive outcome, not just for the workforce but society as a whole.”

Despite most workers embracing the work-from-home model, Sarah Loates, founder of Loates HR Consultancy, does warn that remote working can affect people’s promotion and earnings chances.

“We have seen a definite increase in job candidates asking if the position they are applying for will allow for some working from home [but] people who work from home more are less likely to receive bonuses and may be hindering their chances of promotion,” Loates told City A.M.

Her observations are underpinned by a recent study by the Office of National Statistics (ONS), which People who mainly worked from home prior to the pandemic were far less likely to have received a promotion or a bonus compared with their office-based counterparts.

Between 2011 and 2017, for example, those who usually worked from home were less than half as likely to have received a promotion compared with workers who consistently worked mainly away from home.

Therefore, Loates warned that an often-overlooked downside of a hybrid approach is the potential for a “2-tier system of employment” to emerge.

Often, this is because people choosing to spend a larger proportion of their time in the office are seen as ‘more committed’ than colleagues who opt to work from home more

In the corporate world, working from home can also mean you are not ‘present’ when career opportunities informally present themselves, for example, during kitchen conversation or a cigarette break.

Moreover, Loates stressed that “remote working is without doubt an issue for people who are starting a new job, as you learn so much by sitting by an experienced employee, or through the natural ‘osmosis learning’ that occurs when hearing colleagues on the phone.”

What Rachel Maguire, co-founder of London-based recruitment platform The Job Share Pair, has noticed in the last twelve months is that the option to work from home is now a standard expectation for job seekers, and she largely understands why.

“Hybrid models are by far the most effective, allowing businesses the chance to utilise office space cost-effectively and employees the option to blend work and home life seamlessly,” Maguire explained to City A.M.

Having said that, maintaining a certain amount of office space in which people can collaborate, combine skills, ideas and energy creates “a social element to work that cannot be underestimated,” she added.

Therefore, “businesses that offer employees an element of choice to suit their private and working preferences will definitely feel the benefit from a recruitment perspective,” Maguire noted.

Finally, the extent to which companies are able to adopt home-working depends on the industry they are in, but equally their culture and people also play a key role in how remote working is embraced, according to Karen Watkins, director at HR specialist Rowan Consulting.

“What can be said of all businesses in all sectors, however, is that a one-size-fits-all approach will always fail when it comes to homeworking,” Watkins shared with City A.M.

Singling out manufacturing, construction and engineering, she said “this will not translate into working from home, unless you want to cause a degree of division in your workforce, namely those on site and those in operations. We are seeing this happen right now.”

Moreover, if the line of work is “one that depends on collaboration and sharing, such as the creative industries, this doesn’t translate well to working from home, she continued.

“Despite the huge rise in online tools, as people tend to ‘create’ better when physically together,” Watkins concluded.