Everything you need to know before catching the Paris Eurostar 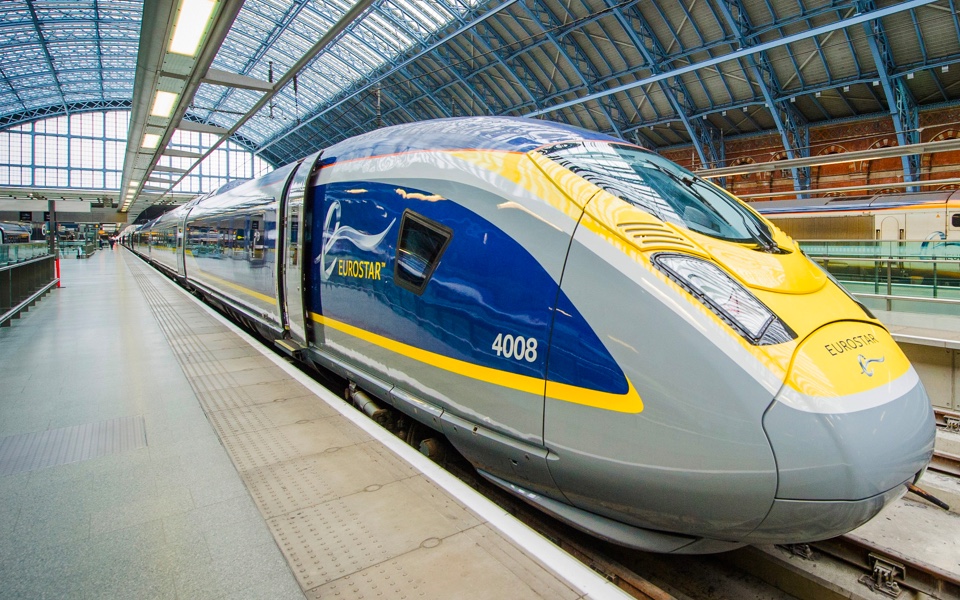 Remember when all you needed to leave the country was a ticket and your passport? Quite apart from the fact that holidays remain illegal, even if you do have a “reasonable excuse” to travel – say, for work – the paperwork required is extremely complicated and the Covid testing both inconvenient and costly (I needed five PCR tests in total for this trip on the Eurostar). With news that from May 17, France will be on the UK government’s “amber” list, it is useful to know what it is like to travel there during this on-going period of restriction.

Also Read:
Everything you need to know before catching the Paris Eurostar

I needed to go to Toulouse but there were no flights from London so I decided to take the Eurostar and then a TGV train from Paris. I had originally planned to go in April but France was still in lockdown and had a curfew, which meant that I would have needed additional permits to travel further than 10km and after 7pm in the evening. Towards the end of the month I read that France was going to lift its lockdown on May 3 so I decided to hold off a bit longer and book my tickets for May 4, removing the need for proof of these extra exemptions.

First, I did a huge amount of research into what forms I needed to fill in, cross-referencing both the UK and French government websites. I also researched what would be required in terms of Covid tests and set about booking them. From a UK perspective, you firstly need a legally valid reason to travel with supplementary evidence to prove it. (A friend of mine recently flew to Zurich but was told at the airport he needed a letter of invitation from the Swiss Embassy, which he didn’t have, so they wouldn’t let him on the plane until they had spoken to them on the phone.)

Then you have to complete (and print) the online “Declaration Form for International Travel”. If you don’t have this you can get fined £200 – although when I arrived at Eurostar in St Pancras, staff had them on hand to give to passengers who didn’t have them. I then booked my Eurostar and TGV tickets, which was as straightforward as ever (although I couldn’t change my assigned seat – a lot are blocked out for social distancing). Eurostar also has a flexible booking policy so you can make changes to your trip if you need to.

Next I booked a PCR test at St Pancras station – there are lots of clinics that offer them but this seemed to be the official one for Eurostar. I felt pretty resentful of paying £129 just to get my nose and throat swabbed but there’s no way around it. (You can’t use the free “rapid antigen” tests available from the government.) The PCR test needs to be taken within 72 hours of departure but results are delivered the next day, so with my journey departing at midday on Tuesday, I booked my test for 2pm Sunday afternoon. The result was emailed to me on Monday evening. Luckily it was negative.

Although France no longer has a ban on non-essential travel from the UK, there are still rules to follow. You need to complete a “sworn statement” (déclaration sur l’honneur) that you don’t have any coronavirus symptoms and a PCR test booked through the official Doctolib health website for the seventh day after arrival (you need to quarantine up until this point). No payment was required but if you can’t speak French, copy the webpage into Google Chrome for a translation. You also need to download and activate the TousAntiCovid app. I also printed out the curfew exemption travel declaration because I wasn’t going to arrive until 9pm.

Do you see what I mean about it being complicated? Nipping over to Paris or Brussels for a meeting is no longer viable. And this is without the return journey to the UK factored in. For the duration that France remains “amber” (see up-to-date country list here), travellers going back to the UK need to complete a “passenger locator form”, take another PCR test within 72 hours of departure, plus another two on day two and day eight in the UK (which have to be paid for in advance and cost about £200), during which time you also have to quarantine until day ten (even if you do “Test to Release” you still have to do the PCR test on day eight, so you only get released two days early). If you break any of these rules then there are fines of between £500 and £10,000.

Needless to say, it’s all very stressful. However, once all this was in place, the journey itself was pretty seamless. I arrived at London St Pancras two hours in advance of my Eurostar as I wasn’t sure how long the check-in process would take. It was quite busy but I only had to queue for about 15 minutes at the initial checkpoint just outside the gates where you scan your tickets. There were two friendly and helpful masked members of staff doing speedy document checks – PCR test result? Travel declaration? Tickets? French health declaration? They didn’t quiz me over my purpose for travel, although I had my supplementary material to hand.

After security (laptops can remain in bags and there are no liquid restrictions), there was UK border force to contend with – but again they weren’t interested in interrogating my reason for leaving the country. They stamped my passport (a new post-Brexit procedure) and I continued on to French border control. (This is one of the main benefits of travelling by Eurostar – if you are going to get turned away, it will happen when you are in the UK, not on arrival in France, as could be the case if you fly.) The officer again asked for my PCR test results and examined the print-out carefully, plus the health certificate, PCR booking for day seven in France, and another exemption form that I didn’t understand but showed him my curfew print-out and he said that was “good enough for him”.

And then I was through. The Eurostar train was about half full (everyone has to wear masks) and there was a cafe operating on board. You could also buy Paris metro tickets, which was useful, and the onboard wifi worked fine. Everything looked very clean (including the washrooms) and Eurostar is keen to reassure customers that extra sanitising measures are being taken.  After seven days in France I took the PCR test, which costs €56 per person at the Biomed 34 lab, which you can pay on arrival with a debit card.

The overall journey would have been fine had it not been for the fact that, when transferring by metro from Gare du Nord to Gare Montparnasse, I was aggressively mugged. It happened when I was exiting the full-height ticket barriers – there was a man standing in front of me (clearly waiting for an opportunity) who then walked towards me and wrenched the gold chain I was wearing around my neck off me.

He did it with such force he cut my neck and fell backwards against the barriers when the chain broke. Luckily there were some plain-clothed police officers who saw what happened – one managed to chase after the guy and arrest him, while the other hastily completed a statement for me and photographed my passport so I could catch my connecting train. (They had wanted me to go to the police station but I insisted on making my train at 1645.) In the nick of time, they even returned my necklace. They were absolutely brilliant. But be warned – take extra precautions with valuables if travelling via metro. A car transfer would be advised. After months of lockdown, I certainly felt as if I had lost some of my “street smarts”.