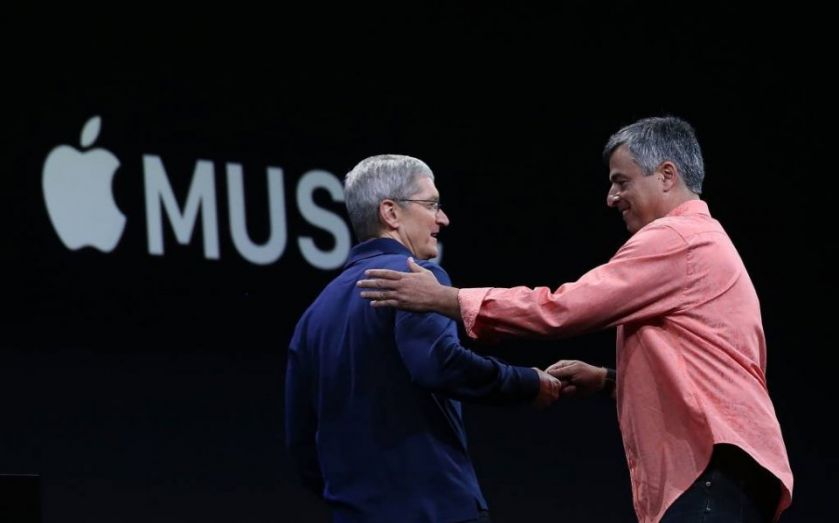 Tech giant Apple has finally gone and done it. Last night it revealed streaming service Apple Music. Here's why it's going to change the shape of the industry – and why it could end up killing off rivals like Spotify.
* It launches really soon – June 30 – and will be available in more than 100 countries from the get-go. Naturally it will be available on all Apple products, as well as Android phones. That's already more than Spotify, which is available in 98 territories (some of which might not deserve separate billing…)
* Apple claims it will offer “the largest and most diverse collection of music on the planet”, more than 30 million different tracks. Given that certain artists have been pulling away from Spotify over royalty issues, that could put the Silicon Valley giant well ahead of its more established rival.
* It is priced very competitively. After a free three month trial, users will pay $9.999 (£6.50) a month. It has a “family plan”, in which up to six members can access the same account for $14.99.  Spotify has three tiers: free, unlimited which costs £4.99 and Spotify Premium, which is £9.99.
* Apple Music will allow users to combine tracks they already own with tracks they want to stream. Which means if there are any artists who aren't on Apple Music, users will be able to buy a digital download and add it to the catalogue.
* It's going to use Siri. Actually this might be one point against Apple Music. But apparently if you ask Siri to “play me the best songs from 1994” (Regulate by Warren G, obvs) it will pick out a selection for you to listen to.
* There's also Apple Music Radio Beats 1, which will be a live 24-hour a day “listening experience” that will be hosted by some of the world's most influential DJs including Zane Lowe out of LA, Ebro Darden out of New York and Julie Adenuga from London. As well as music there will also be exclusive interviews with big name stars.
* And Apple Music Connect allows artists to share lyrics, photos, videos and their latest songs directly to fans via their iPhone.  “The artist can respond directly to you,” Apple said, with the full understanding that Beliebers and 1D fans will start drooling at the prospect.
Here's what Apple said:
“We love music, and the new Apple Music service puts an incredible experience at every fan’s fingertips,” said Eddy Cue, Apple’s senior vice president of internet software and services.
“All the ways people love enjoying music come together in one app — a revolutionary streaming service, live worldwide radio and an exciting way for fans to connect with artists.”
“Apple Music is really going to move the needle for fans and artists,” said Jimmy Iovine. “Online music has become a complicated mess of apps, services and websites. Apple Music brings the best features together for an experience every music lover will appreciate.”