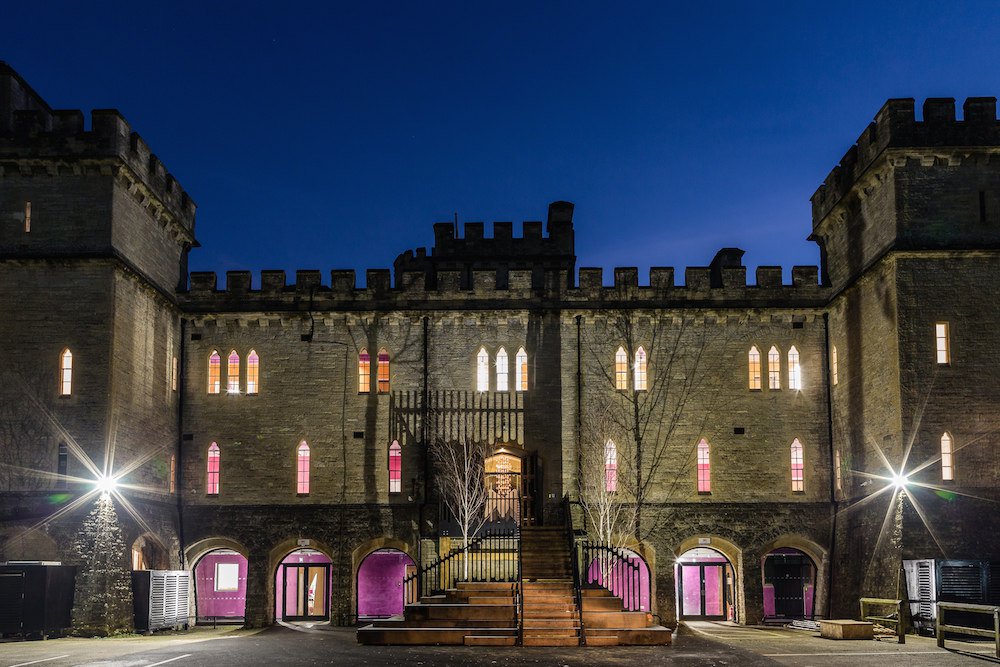 What kind of boss decides to buy a castle and use it as an office? Apparently, a boss like Money.co.uk founder Chris Morling.

While some might presume that purchasing a castle is merely a grandiose way of making a statement, Morling is far from a show-off.

In truth, the idea started out as a joke. “One of my colleagues emailed me with a link to an advert for a castle that was for sale, and we went to have a look as a bit of a laugh,” says the founder of the comparison website.

With a growing team that was in need of more space, Morling realised that it wasn’t such a crazy idea after all, and bought half of the Grade II Listed building – turrets and all. “It had 15 rooms, and we only took up two at the time. Then a year later, we were growing so rapidly that I decided to snap up the whole shebang.”

As luck would have it

In many ways, the castle epitomises Morling’s sense of fun – his refusal to take life too seriously. And you can see that come into play in the building of his business.

In 2000, Morling decided to pack in his day job as a web developer to build his own finance directory business.

“My starting point wasn’t that I wanted to save money for millions of people. It was that I wanted a change of lifestyle and to be master of my own command. That was really the trigger.”

When people found out that it was fake, the whole journalist and SEO community came down on us like a tonne of bricks

Over the next two years, he hired a commercial director and his first developer (both employees still work for him now). While many entrepreneurs start with a “vision”, Morling admits that this wasn’t really the case with Money.co.uk.

“I’ll be honest, at the start, it was rather opportunistic and haphazard. There was no direction – it was a case of ‘that’s shiny, let’s do that’. We worked in a professional manner, but we were very amateur in our approach. You do feel a bit of a fraud, because many entrepreneurs set out to disrupt a market. For me, I was just enjoying learning and doing something different.”

This directory soon progressed into several affiliate marketing websites – where you sell the products of other companies. Each website was selling different financial services and products, such as personal loans, car insurance, or credit cards.

In 2008, Morling saw that the affiliate sector was starting to mature, and he decided to up the ante by bringing all the websites together under one umbrella, overhauling the brand, while also incorporating Defaqto data, and introducing a series of guides to help consumers understand the products.

People rarely become successful without making a few mistakes along the way, and Morling is refreshingly honest about one particular incident in 2008.

“We started creating content that people would link to online, and – through a third-party writer – our SEO consultant pushed out a fictional story about a 13-year-old boy who stole his dad’s credit card, spent thousands of pounds, and ended up in a hotel room with a couple of prostitutes playing Xbox. It was a stupid story, but it got picked up in the media and went viral.

“I genuinely thought that it was obvious that the story was made up. But when people found out that it was fake, the whole journalist and SEO community came down on us like a tonne of bricks.”

Google didn’t take it lightly either, blacklisting Morling’s company so that the website no longer appeared in search results. It took three months for Money.co.uk to reappear in a Google search, and up to 12 months for it to rank again.

Morling admits that it was painful at the time, but he took two important lessons from the experience. First, obviously don’t push out fake news. And second, base your SEO strategy on creating a great product, rather than trying to game the system.

“Learning this early on meant that we built a solid SEO strategy that is now the backbone of the business.”

But Morling never worried that the saga could permanently damage the company, and it has since gone from strength to strength.

“In 2015, I don’t think we had the self-belief that we could compete with the big boys like MoneySupermarket, which had millions to spend on TV advertising. But, even with a very small team, we really started to compete, so we have focused on becoming bigger and better at what we do.”

Soon the website’s success garnered interest from potential buyers. And in September last year, Morling decided to sell Money.co.uk to ZPG Plc for a princely sum of £140m – fitting for a business based in a castle.

“It was a tough decision, and one I’d been chewing on for many years. It was similar to the decision to have a children – in that I knew I wanted kids, that I would never feel 100 per cent ready for them, and that the opportunity would pass by if I left it too late.” He also wanted the challenge of building another startup from scratch.

But he stresses that finding the right buyer was really important. “You also need to clearly understand the reasons in your own mind why you want to sell, as well as what’s best for your team.”

Last year, Morling was dubbed “Britain’s best boss”. He says his family – who work in the civil service – have instilled a strong sense of how to treat people. “That gave me a natural head-start, because if you genuinely care about the people who work for you, they will pay you back in commitment and effort – it’s not something you can fake.”

This businessman almost sounds philosophical. “I’m a strong believer in making the most of the opportunities that present themselves to you. Success has got nothing to with money.” I think it’s funny that the premise of his successful website revolves around money.