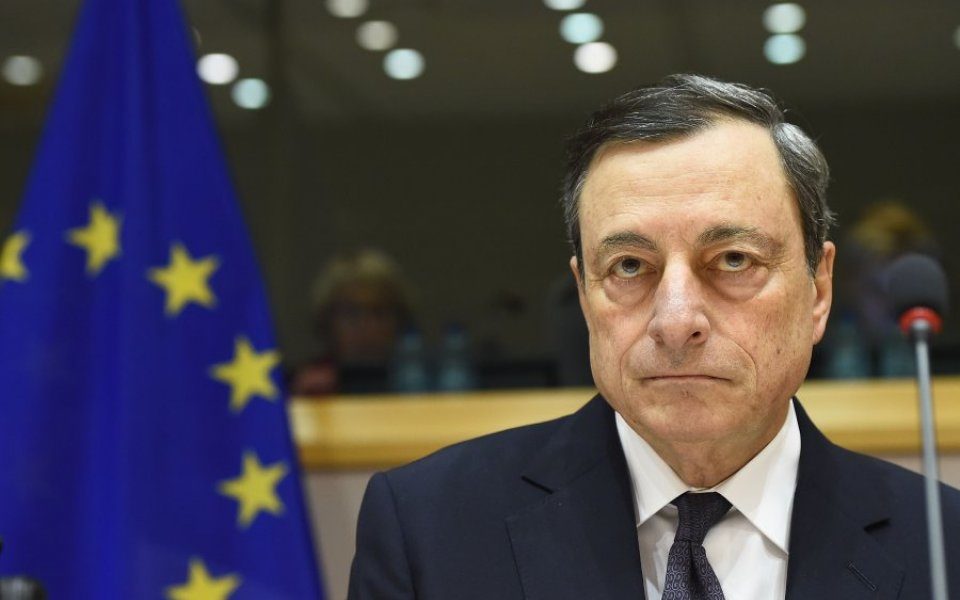 The Eurozone economy is flirting with stagnation, with new survey data showing the currency-bloc's recent weak recovery could be coming to an end.

Markit's purchasing managers index fell to a score of 53 in February, indicating the slowest growth for 13 months.

Slowdowns were recorded in all of the Eurozone's big four, with growth dropping in Germany, France, Spain and Italy.

France's PMI dropped below 50, implying the economy was contracting for the first time in over a year. Firms said incoming business rose at its weakest pace for a year.

“The slowdown in growth of business activity, accompanied by a similar easing in the pace of job creation and the steepest fall in prices charged for a year, suggest that the region’s recovery is losing momentum. The broad-based disappointment ups the odds of the ECB acting aggressively to avoid another downturn.”

The ECB will meet next week to consider ramping up its €60bn-a-month asset purchase programme. It could also slash the interest rate it pays on deposits further into negative territory.

Concerns over a global economic slowdown, the euro appreciation and tensions in financial markets have been affecting the highly cyclical manufacturing sector over the past couple of months. The most domestically oriented services sector also does not seem to be immune to these forces any longer," said economist Clemente De Lucia from BNP Paribas.

"The fall in business expectation and incoming new business indices suggests a risk of a further decline in the services PMI over the coming months."