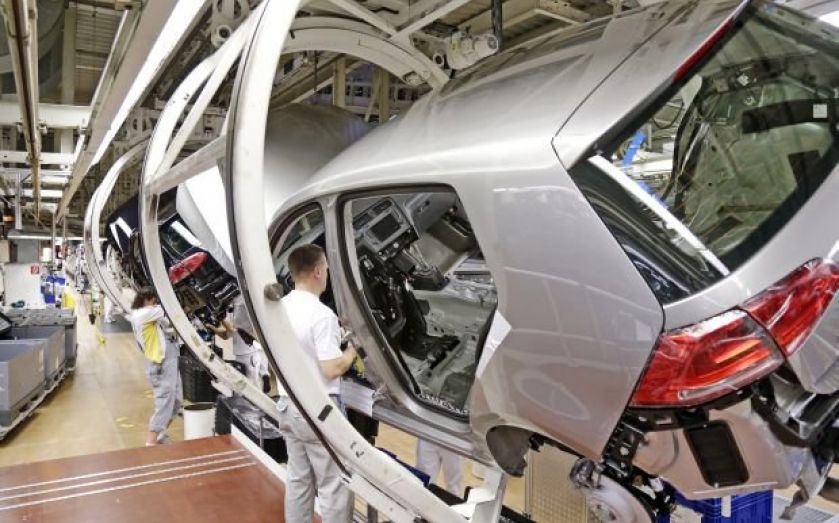 The Flash Eurozone Purchasing Managers' Index (PMI), which measures the strength of the region's manufacturing and services sectors, revealed growth slowed between July and August. The headline Composite Output Index fell to 52.8 (any figure above 50 shows growth) from 53.8 in July, a two-month low, but slightly above economists' expectations.

Activity in the services sector slowed slightly: the Services PMI Activity Index fell to 53.5, from 54.2 in July – also a two-month low – while the Manufacturing PMI dropped to 50.8, from 51.8 – a 13-month low. Not surprisingly, growth in manufacturing output also fell, from 52.7 in July to 50.9 in August. Job creation, slowed to "near-stagnation" – although Markit, which published the figures, noted the figure was "still an improvement on the steep job losses seen this time last year". 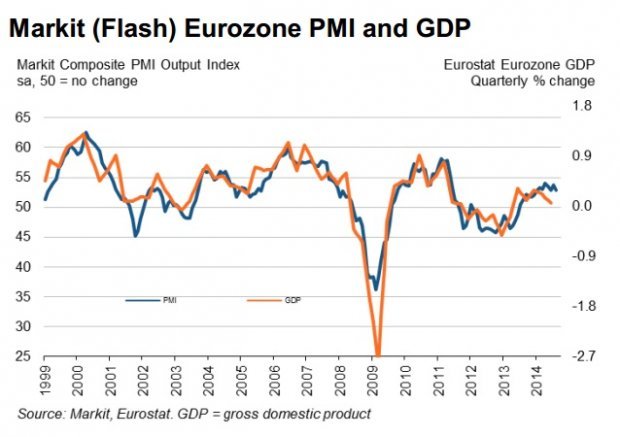 The increase was "broadly in line with the average for the current sequence of expansion", it added, but was nonetheless "the joint-weakest in the year-to-date and consistent with a low pace of GDP growth (approximately 0.3%)".

Figures for France and Germany, also released this morning, showed slightly stronger recoveries in the "big two" economies. The seasonally adjusted German Manufacturing Output Index fell to 54.9, from 55.7 in July, but the drop was lower than expected, "signalling a strong, albeit weaker, expansion in German private sector output". Although German GDP shrank for the first time in more than a year in the three months to the end of June, Markit economist Oliver Kolodseike said the data pointed to a "swift recovery".

The data point to quarterly GDP tracking around stagnation in the third quarter, in conjunction with continuing the flat trend seen since the turn of the year.

The euro rose slightly against sterling on the news, to 80p.