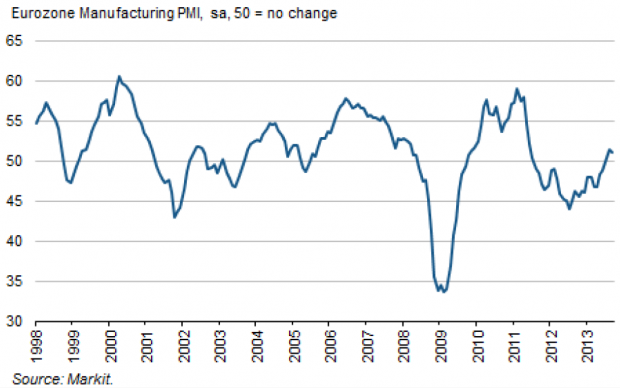 The pace of expansion in Eurozone manufacturing has fallen in-line with expectations in September.

Down from 51.4 to 51.1, that's still above the key 50 level that implies expansion. That's the third successive month of expansion for Eurozone manufacturing, but those increases have been modest.

Howard Archer, of IHS Global Insight, suggests that won't see any change of course from the European Central Bank (ECB) on this news on 2 October. Archer says that the ECB could be concerned by the euro hitting a 7.5 month high against the dollar of around $1.355.

Mixed data from the Eurozone's big economies. We were expecting all but France to perform better than they have.