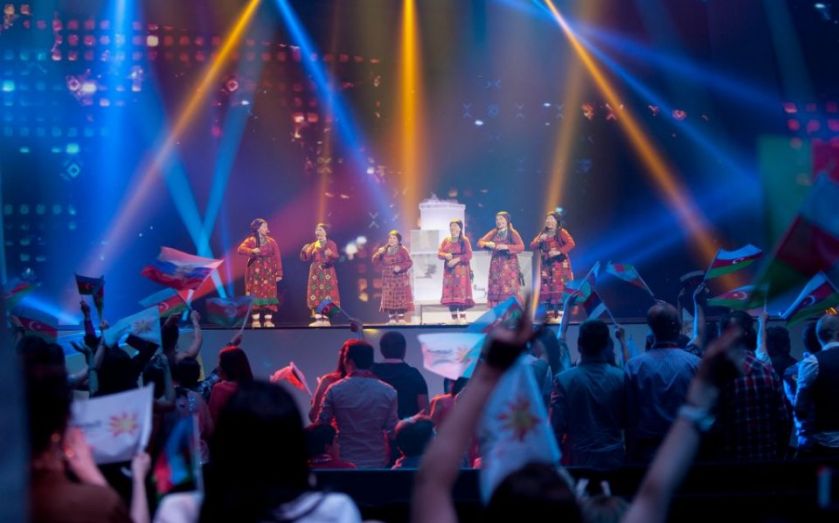 The Eurovision Song Contest is getting more and more expensive, despite Europe's decline into austerity.

The annual tradition blossomed in the 60's, at a time when things looked brighter for Europe and there was a stronger sense of solidarity. But now the event is more lavish and over-the-top than ever, and each year the winning country must fork out a great deal of cash to provide the type of performance European viewers expect.
In fact, last year's contest in Copenhagen turned out to be one of the most expensive ever when it came to €44.8m (£31.9m). This was beaten only by the €60m (£42.7m) spent by Azerbaijan in 2012. Over the last five years, Eurovision has cost an average of €33.6m to host.
But can most countries in Europe realistically afford this? With half of the continent struggling under fierce austerity measures, winning in 2015 might seem like the worst possible outcome for some contestants.
Realistically, the only ones who should want it are those with a surplus of cash, who are earning more than they are spending. According to the 2014 figures from the Central Intelligence Agency, just four of the 27 contestants fall into this category – Norway with a surplus of 12.5 per cent of GDP, Montenegro with a surplus of 2.1 per cent, and Russia and Germany, each with a surplus of 0.4 per cent.
Latvia wouldn't be too out of pocket by taking on the responsibility either, with a deficit of zero per cent by the latest measure.

For the rest, expenses exceeded revenues last year, giving them a deficit. For some it was small, and the pride of winning Eurovision might outweigh the cost. Countries falling into this category include Poland, Estonia, Romania, Azerbaijan, Armenia and Lithuania, all of which had a a deficit of less than two per cent.

Not good for the UK

Some of the contestants are having a particularly tough time filling in the gap between spending and earning, and for these countries winning the prize might be no more than a problem in disguise.
The UK, with its deficit of 4.8 per cent, has the fifth biggest deficit of all at 4.8 per cent of GDP. Greece, unsurprisingly, is also in the top 10 and has the added concern of paying back all its loan debts. The biggest deficits of all, however, were those of Serbia and Albania, at 6.9 per cent and six per cent, respectively. 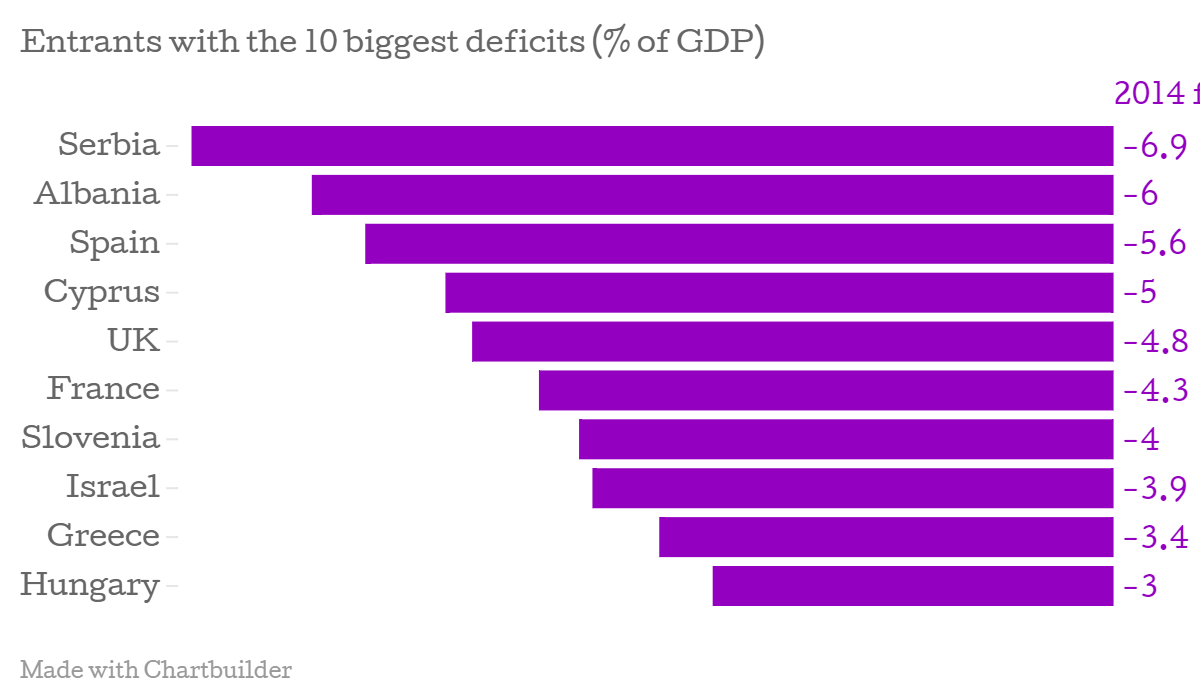