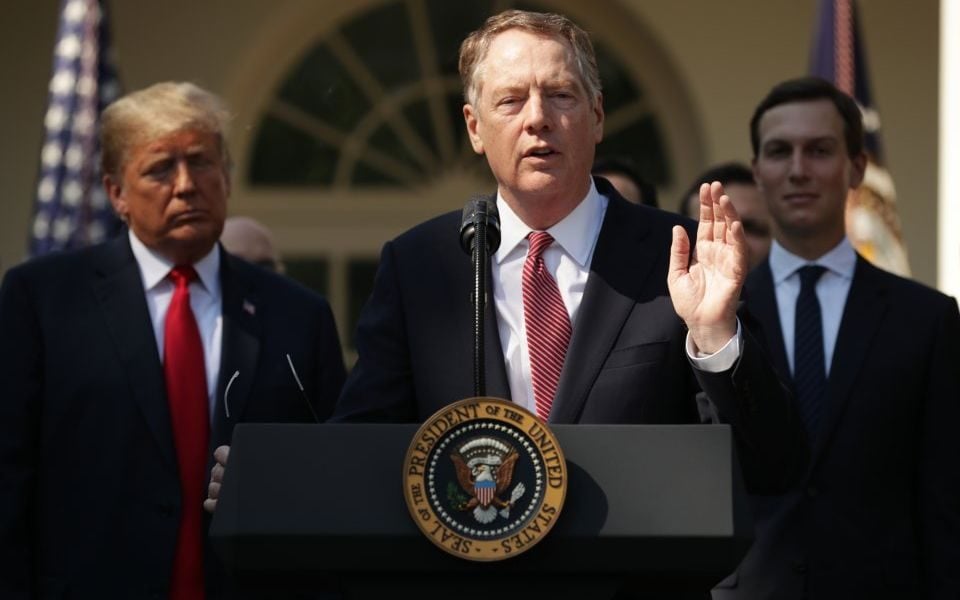 The FTSE 100 hit a one-month low today as European stocks continued to be dragged down by the ramping up of trade tensions between the US and China.

In the first trading done since the bank holiday weekend, the UK benchmark fell 1.1 per cent to 7,303.02 just after midday UK time, following US President Donald Trump’s threats over tariffs.

Trump tweeted over the weekend that $200bn (£153bn) worth of goods from China would be cranked up to 25 per cent this Friday from the current rate of 10 per cent.

He also said an extra $325bn of Chinese goods will “shortly” be taxed at a rate of 25 per cent, in a major escalation of trade tensions between the world's two biggest economies.

The administration’s actions sent the Japanese Nikkei index falling 1.5 per cent overnight after it opened for the first time in 10 days – it had been shut due to a change of emperors in the country.

European markets, which fell yesterday, continued their downward slide today. Germany’s Dax index had fallen 0.6 per cent just after midday, while France’s CAC 40 was down 0.7 per cent.

The pan-European Stoxx 600 index had fallen 0.5 per cent.

“Investors had been hopeful of a constructive outcome to the US-China trade talks but a worst-case scenario of a collapse in the talks could totally undermine hopes of a recovery in world trade and global economic growth,” he said.