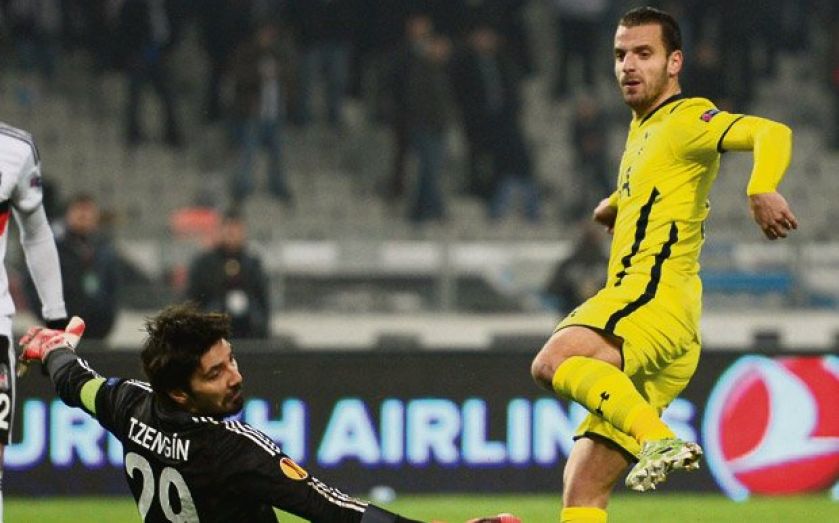 Striker Cenk Tosun proved the match-winner with his first European goal shortly before the hour-mark, while the fixture was twice marred by long stoppages due to floodlight failure.

Spurs would have sealed top spot had they avoided defeat in Istanbul but will now enter the draw for the last 32 in the knowledge group winners and seeded Champions League drop outs lie in wait.

Potential opponents include the likes of Inter Milan, Andre Villas-Boas’s Zenit St Petersburg and Napoli, although for now Pochettino is keen to brush this setback aside and refocus on domestic affairs.

“I’m disappointed because we created chances and dominated the game but in football you have to score when you’re on top,” said Pochettino, who included full-back Kyle Walker in his line-up for the first time since March following an abdominal injury.

“We need to stop thinking about the Europa League now and focus on the league and Capital One Cup, starting with Swansea on Sunday. It was good for Kyle to come back. He’s important for us and the squad.”

Besitkas, without leading scorer Demba Ba, took the lead moments after Tosun thundered an effort against the crossbar, the same player forcing the ball past Michel Vorm following Olcay Sahan’s guided ball across the six-yard box. Ex-Fulham winger Kerim Frei failed to settle matters late on after exchanging passes with Jose Sosa, firing into the side-netting with only Vorm to beat.