Euro crisis back with a vengeance 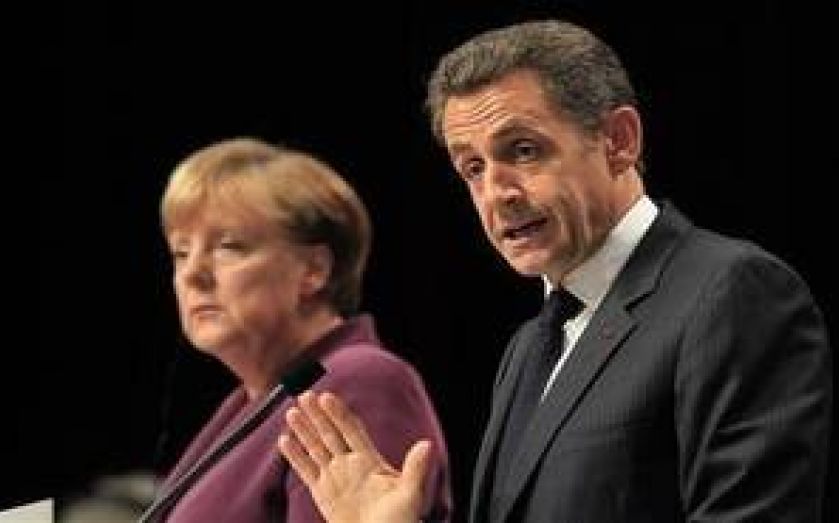 FEARS over the future of the Eurozone reignited yesterday, sparking a collapse in stock markets and a sharp upturn in borrowing costs for struggling Mediterranean states. Yields on Spanish and Italian government bonds soared throughout the day, reversing the recent calming downward trend that had been temporarily achieved with a €1 trillion (£824bn) refinancing operation by the European Central Bank. Recent bearish data has combined with political worries to bring back concerns and send investors fleeing to safe havens such as gold. Just two weeks ago Italian technocrat Prime Minister Mario Monti declared the Eurozone debt crisis to be “almost over” – yet he now faces the daunting prospect of contagion from Spain and another summer of rising tension throughout the currency area. “Previous good sentiment towards the US economy provided a good distraction from the troubles facing Europe,” commented trader Simon Furlong of Spreadex. “However, now the curtain has been lifted, Spain is really starting to feel the heat.” Spanish 10-year yields touched the psychologically-damaging six per cent mark yesterday, with Italy’s close behind at around 5.7 per cent. European shares hit a 12-week low, led by the FTSE MIB in Milan, which was down five per cent at the end of play – its largest fall in five months – and Madrid, where stocks lost nearly three per cent. The US followed suit, with stock markets suffering their worst day of the year so far. Italy’s largest bank UniCredit saw its shares tank 8.1 per cent, closely followed by second-largest Intesa Sanpaolo, which lost 7.9 per cent. The day began with Spain’s central bank governor admitting that the country’s banks will need more capital if the economy keeps deteriorating. “The solutions to the crisis, which came from excessive debt or loss of competitiveness, are very slow within a monetary union,” added governor Miguel Angel Fernandez Ordonez. Spanish Prime Minister Mariano Rajoy is desperately trying to tame his country’s deficit, yet even his pledges are now failing to temper yields. Yesterday he met with fellow ministers in a bid to push through a further €10bn of cuts to core budgets. Across the Med in Italy, reports from economic newspaper Il Sole 24 Ore claimed that official GDP estimates are being slashed – potentially forecasting the economy to shrink by up to 1.5 per cent this year. Safe haven investments gold and silver rose 1.2 per cent and 0.5 per cent respectively, while investors also rushed into UK bonds, pushing 10-year borrowing costs to a six-week low of 2.01 per cent. German politicians continued to deny there was a problem with the Eurozone’s recovery mechanisms, with Chancellor Angela Merkel’s ally Michael Fuchs declaring the firewall is “big enough by far”. “Why should we worry about Spain now? I don’t think there’s anything that’s going to be a difficulty at the moment,” he told Bloomberg. Analysts warned that the situation is not set to improve, as the “breathing space” created by the ECB has not been used properly to address the causes of the crisis. “Bank balance sheets should have been de-risked, but exactly the opposite happened,” said Filippo Garbarino from Frontwave Capital. “The Long Term Refinancing Operation was used to buy even more government bonds of insolvent countries, so systemic risk is even higher.” DAX DOWN 2.49% CAC40 DOWN 3.08% GOLD UP 1.2% SILVER UP 0.5% FTSE MIB DOWN 4.98% FTSE 100 DOWN 2.24%