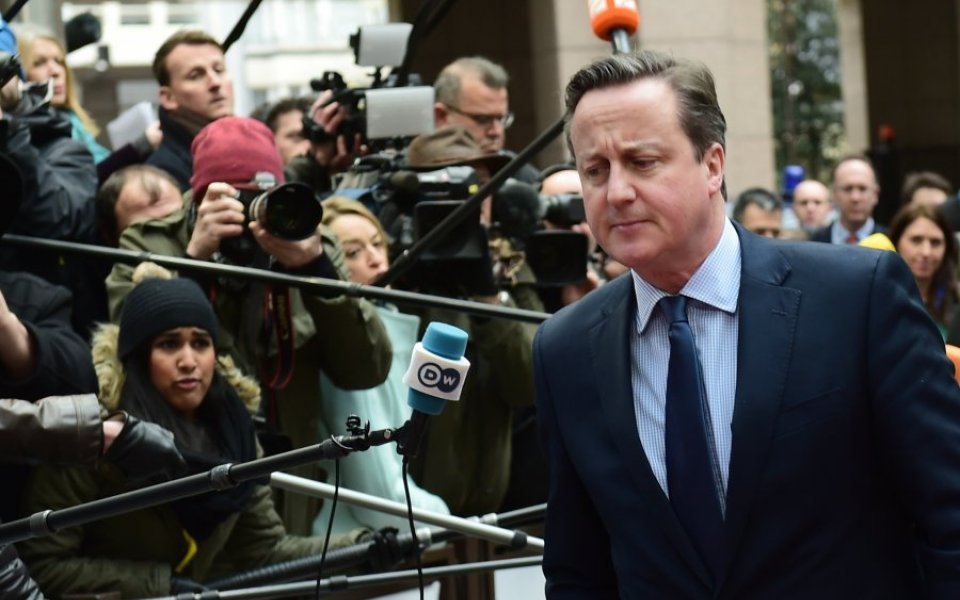 Prime Minister David Cameron has said he is “battling for Britain” today as he urges European leaders to come to an agreement on reforming the UK's relationship with the European Union.

Cameron said tonight that EU leaders have a make-or-break opportunity to “settle” the issue of Britain’s EU membership “for a generation”.

"The question of Britain's place in Europe has been allowed to fester for too long and it is time to deal with it,” Cameron told EU leaders at the start of a two-day meeting in Brussels earlier this evening. "If we can reach agreement here that is strong enough to persuade the British people to support the UK's membership of the EU, then we have an opportunity to settle this issue for a generation."

Speaking to reporters on his way into the European Council meeting this afternoon, Cameron said he would be "battling for Britain".

"We’ve got some important work to do today and tomorrow and it’s going to be hard," Cameron said, adding, "If we can get a good deal, I’ll take that deal. But I will not take a deal that doesn’t meet what we need.

"I think it’s much more important to get this right than to do anything in a rush. But with good will, with hard work, we can get a better deal for Britain."

Cameron is hoping to hammer out a final agreement tomorrow, opening the door for an In/Out vote on Britain's EU membership as soon as June.

But leaders are still at loggerheads tonight over multiple issues, including safeguards for the City. The UK government had wanted to secure new assurances that non-Eurozone states would be protected from Eurozone-led financial services regulation. Sustained opposition from the French and others, however, means that the leaders are still at odds over whether – and how – the UK and others can try to block new regulations.

Eastern European countries are also understood to continue to have concerns over Cameron’s plans to limit welfare benefits for EU migrants.

Meanwhile, Sky News reported earlier that a Conservative party official has already been soliciting signatures from the bosses of Britain’s biggest businesses backing a deal between Cameron and EU leaders.