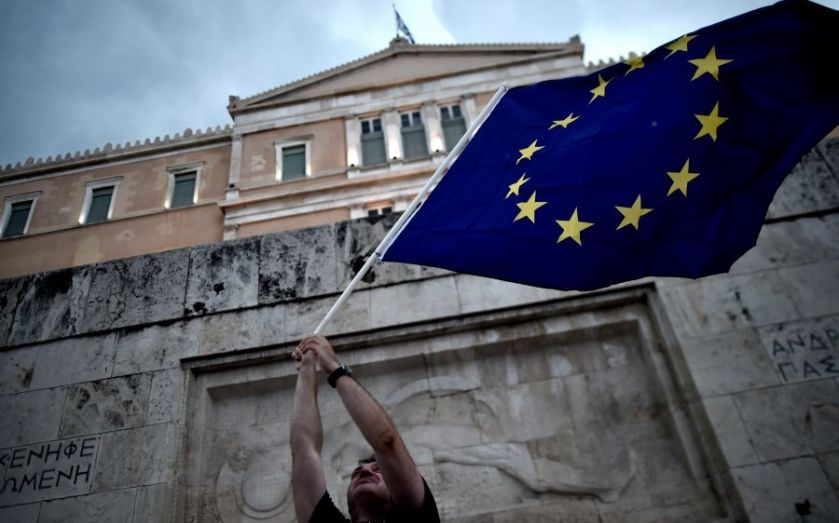 “You see but you do not observe”, says Sherlock Holmes to Dr Watson. This point could be levelled at the EU referendum Remain camp. The EU institutions are cracking. For myriad reasons, national governments are reasserting themselves for good or for ill.

A quick tour of current EU member states paints the picture of a fracturing polity: the Finns are questioning the euro; the French are testing the Stability and Growth Pact in addition to the free movement of peoples; since August 2002, when Chancellor Schroeder refused to join the US over Iraq, Germany has got used to saying Nein, most recently to France’s de facto proposal for a transfer union; France equally says Non to embedding a balanced budget regime in EU law; Portugal is in a constitutional crisis, and the government in Madrid faces a serious secessionist movement in Catalonia. The list goes on.

On a macro level, the Eurozone has not grown much at all since 2008. Levels of unemployment remain stubbornly high, leading to extensive youth emigration from distressed countries such as Spain, Greece and southern Italy, compounding the long-term problem of sluggish southern Mediterranean growth, and enriching the countries to which they move such as the US, Germany, and Britain. As stagnation drifts on, radical voices are becoming ever more audible – most recently seen in Marine Le Pen’s first place in the French regional elections last weekend – and the prospect of remaining chained to the EU appears riskier each day.

Given the severity of developments on the continent lately, the Prime Minister’s modest and inconsequential demands have, to say the least, been overtaken by events. The result is that we will be asked to vote to remain in an EU whose future shape we currently do not know, other than it will entail less power for the UK. We are asked to subscribe to a service and sign a contract that can be forever amended by the provider without our knowledge and against our interest. Worst still, our supposed victories can easily be ignored or overridden. With plans for further integration and loss of control outlined in the EU’s plan for the next decade, there is no, and can be no, EU status quo.

As the date of the referendum approaches, the Remain side is retreating into assertions and wishful thinking. During one of my last debates at a car manufacturing conference, the crisis sweeping the continent of Europe was initially ignored. It was only when I mentioned it that it became a topic.

Remain advocates brush aside the EU’s deep-seated ailments with the simple throwaway line: “Of course, the EU is not perfect but on balance…”

The Remain side cannot stop debating the tree and not the wood. It loves talking about the latest regulation or directive and the self-evident good that it will bring, while simultaneously mentioning that the EU needs a better message. But PR will not be enough. People are making up their own minds, in the UK and across the EU, and it’s not looking good for the Grand Projet.

In the face of an EU in freefall, the Remain camp has resorted to belittling the UK. The UK is “too small” to pursue its interests in world affairs, so the argument runs. Brexit is a journey to nowhere, they say. Its economy will suffer, they warn. Such influence as it has in the world’s councils will be lost. Better to huddle around the EU, rather than set out into the world.

It is true that what the EU will look like in five years’ time is anyone’s guess. But it is also true that, on current performance, the outlook is far from promising. Remainers say that the UK should stay in to help the EU back to growth and full employment. But the UK cannot influence or mend the deep policy rifts between France and Germany. These policy differences are a reflection of deep cultural differences between the two countries.

The bottom line is that the Remain camp is defending an institution designed to be un-reformable. The aim is ever closer union, so each new EU rule and directive is an extra step in that direction. The eventual destination, regardless of the speed, cannot be changed. As EU migration commissioner Dimitris Avramopoulos said recently: “We are not intent to open a debate on Schengen’s future… If we put Schengen into question, it is a back-track on European integration. We shall not permit it.”

What makes the situation particularly worrying is that the integrationists are intent on ever more union, while the complex realities of Europe show that a much less ideological approach to cooperation would be more sensible. The UK Remain camp cannot see this. They seem, as Holmes said to Watson, not to observe.