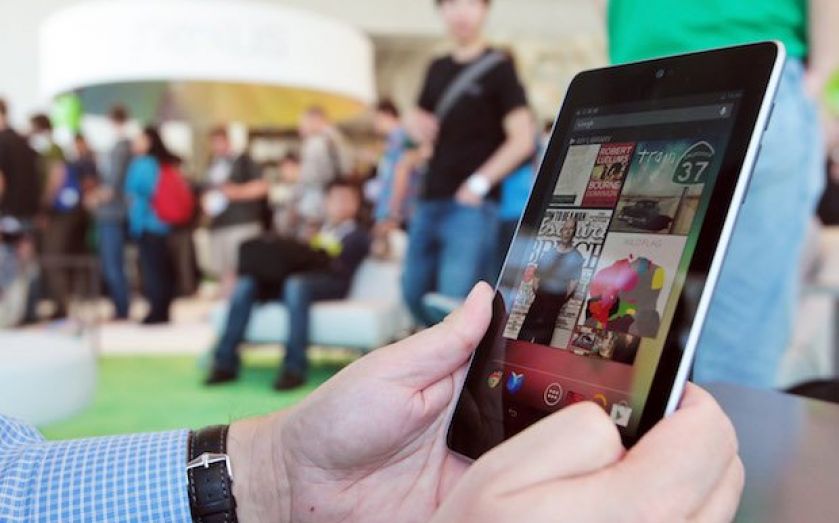 AT THE launch of Global Entrepreneurship Week 2013, Vince Cable announced that “10 per cent of the UK workforce is engaged in entrepreneurship activity.” Then he ploughed on with his speech, leaving the audience wondering precisely what this was supposed to mean. After decades of being politely sidelined, entrepreneurship is political and economic orthodoxy. Few question that enterprising people, of all ages, should be encouraged to start and grow their own companies; that running your own business is a sensible alternative to full-time employment; and that long-term national prosperity depends on the performance of small and mid-sized companies, not just FTSE behemoths. But how are we performing as a nation? Is 10 per cent “entrepreneurship activity” a Manuel Pelligrini-like performance, or David Moyes? And are we matching the US’s dynamism, let alone the pent-up aspirations of the emerging economies? The short answer is that we’re on a long-term upward curve, but driven significantly by the “necessity entrepreneurship” of the crisis years, when thousands were forced out of employment and into fending for themselves. But whether we have fully-adjusted to a new world in which economic activity is driven by individual high-performance entrepreneurs and companies, the evidence isn’t yet conclusive. Cable’s “10 per cent entrepreneurship activity” figure was based on research into “total entrepreneurship activity” (TEA) from the 2011 UK Global Entrepreneurship Monitor (GEM) report, which identifies the proportion of working age adults who are either setting up or have been running a business for less than 42 months. In the latest numbers, released last week, the UK’s TEA slipped to 7.1 per cent. This is still, however, above the long-term 6 per cent trend. And the true figure could be much higher. Professor Jonathan Levie of the Hunter Centre for Entrepreneurship at Strathclyde University says that the proportion of the UK working-age population who are intending to start their own business within the next three years, actively trying to start one, running a newish one, or running an established business topped 25 per cent for the first time in 2012. Add social entrepreneurs and “employee entrepreneurs” (people launching new products or services for their employers), and entrepreneurial levels would be higher still. This passes the hunch test. Brits do seem to be catching the entrepreneurial bug and more than 500,000 new businesses were created in 2013. Young people increasingly want to start their own company. “It’s fashionable now to start your own business,” says Centre for Entrepreneurs chairman Luke Johnson. There are signs that the economy is loosening, rebuilding around a more informal, entrepreneurial model. According to Nick Palmer of the Office for National Statistics, during the recession, many people turned part-time roles (such as providing gardening services) into fuller-time work. More and more of us participate, in a quasi-entrepreneurial way, in the “sharing economy”, using tools such as Airbnb, Storemates, Liftshare, and RentmyGarden to commercialise our domestic assets. The Royal Society of Arts’ Untapped Enterprise report reckons that 20 per cent of business owners started off by trading informally – a short-term headache for HMRC, but a healthy pipeline for the UK economy. How is the UK set in a global context? Quite well. UK entrepreneurial activity outpaced Germany and France during the downturn, though we still lagged the US on the TEA measure in 2012 (12.7 per cent versus 7.1 per cent). Only in Japan is entrepreneurship encouraged more as a career choice, according to EY’s G20 report on the subject. We are even, EY reckons, ahead of India and China in our entrepreneurship culture. (Mind you, it also ranks France top for entrepreneurial education and training.) EY’s global entrepreneurial guru Maria Pinelli says Britain has all the right ingredients: access to finance, tax and regulatory climate, supportive culture, education. Add in better access to capital markets (offering opportunities to scale) and more co-ordinated support from incubators, mentors, and UK entrepreneurs will be ready to rock. Self-belief and fear of failure remain our biggest emotional hurdles. In 2012, 43 per cent of the working age population said fear of failure would prevent them starting a business – even though these same people actually see business opportunities. The recession, says Levie, has left a profound “aftershock”. Many still crave the security of full-time employment. But in a fast-changing world, that “job security” may not feel secure for long. Matthew Rock is editor-in-chief at DueDil, the disruptive data business. @matthewrock