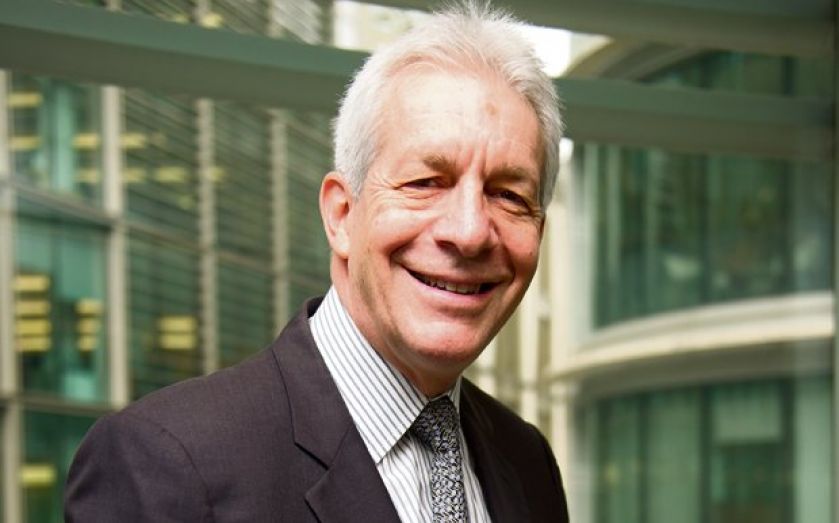 The former Intel boss hoping to brighten up London with solar tech.
After more than 20 years promoting and designing mic­ro­­processors at Intel, Mike Fister, who grew Intel’s enter­prise group from nothing to over $3.5bn (£2.15bn) in annual revenues, is looking for a new challenge.
Enecsys is that challenge, he says, and by mid-October Fister hopes to have raised $20m by listing the solar technology business on London’s Alternative Investment Market (Aim).
The Cambridge-based firm emerged from technology developed at Cambridge University in 2003, and has since grown into a global business, selling Enecsys’s patented micro inverters for solar panel installations.
“If you’ve seen inverters before you probably won’t believe how small it is,” says Fister with excitement, handing me an industrial block of metal about the size of a small book.
The mysterious component works by converting power generated by a solar panel into useful energy to be fed back into the grid.
But the real magic in Enecsys’s micro inverter is due to its small size in comparison to its rivals. When micro inverters are attached to a collection of solar panels, they generate between five and 20 per cent more electricity from each panel – as opposed to the traditional method of having a single large inverter covering a dozen or so panels.
Fister says the funds raised in London will “help us build the company bigger by expanding our manufacturing capacity. While we don’t have factories, in order to keep our capex low, we’re about to launch our third generation micro inverter and the funds will help us ramp up manufacturing along with the sales and support.”
Meanwhile, business is booming. During its financial year ending 31 March 2013, Enecsys’s revenue soared 66 per cent to $11.5m as its customer base grew to include one of the top five solar panel module manufacturers in the world.
It all sounds great, and the technology and the businesses growth certainly is, but there are still challenges.
For 2014, Enecsys recorded a loss of $18.2m. While better than the nearly $40m loss it reported in 2012, it is still a figure that will weigh heavy on the minds of investors eyeing up the stock next month.
But that doesn’t seem to worry Fister, who says the figures are a reflection of the growth phase Enecsys is currently in. He’s confident the market will see the opportunity on offer.
“London is a really progressive market, and relatively interested in small innovative technology offerings especially around energy,” he says.
“Aim is unique in many ways and you now have a few markets around the world trying to imitate it, as really Nasdaq has become quite polarised with generally bigger companies.
“But if you’re not Twitter, Facebook or a company with zero value, then London still values real innovation.”
Fister is no stranger to deep technology innovation. Following his time designing chips for Intel, he went on to become chief executive of a semiconductor design business, Cadence Design Systems, where he met his future business partner and operations chief Kevin Bushby.
“We grew [Cadence] from $1bn to $1.6bn in revenues, making software to build semiconductors. Then we became interested in starting our own company and Enecsys was really a by-product of that.” he says.
“During my time at both Intel and Cadence I learnt how to think, like being at school, we became very introspective about why things work in business and why they don’t,” Fister says. Lessons he surely hopes he remembers.

MIRABAUD | HUGH KINGSMILL MOORE
1 Moore has spent more than 17 years working in the healthcare and sustainable tech space having started at Nomura in 1997.
2 Since joining Mirabaud in 2012, he’s done secondary raises for a number of cleantech firms, including Green Energy Options, Maple Energy and PhotonStar.
Also advising…
Along with Moore, the team advising Enecsys from Mirabaud includes Edward Haig-Thomas. A team from Strand Hanson, including James Harris, James Spinney and Ritchie Balmer, is also advising.