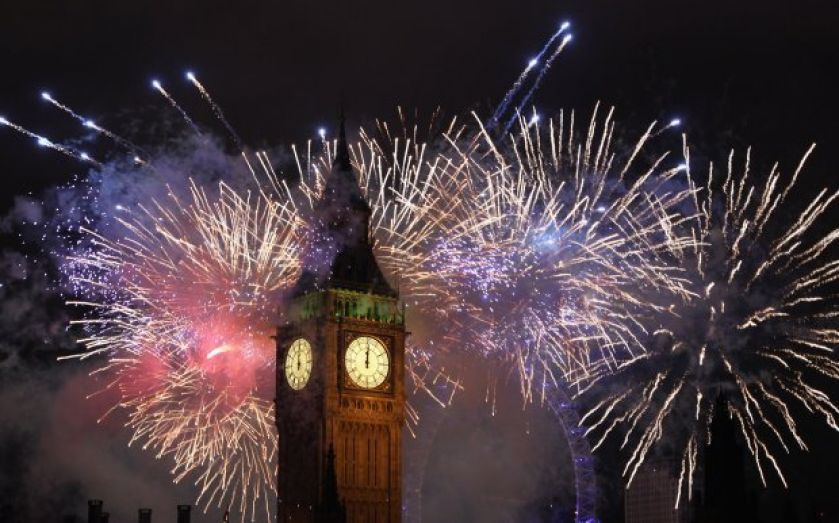 This year will be remembered for the fragmentation of mainstream politics, Scotland's near exit from the 307-year old union and an economy which the Bank's chief economist Andy Haldane described as "writhing in both agony and ecstasy." What does all that look like? Here are eight charts that sum up the year. 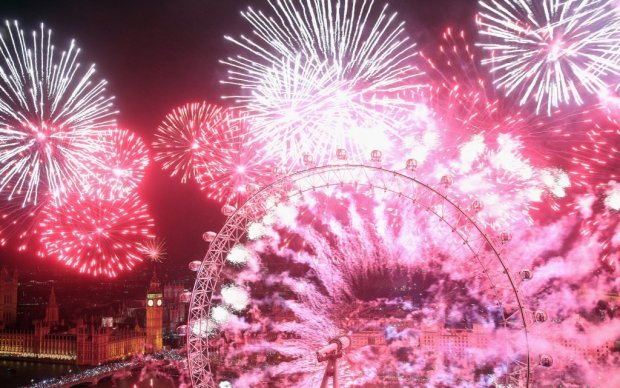 1. What for forward guidance?

Mark Carney's forward guidance, which was first launched in 2013, indicated interest rates wouldn't rise until unemployment fell below seven per cent – something which wasn't expected to happen until 2016 or later.

But by February of this year employment had already fallen below that threshold to 6.9 per cent and it continued to tail-off thereafter.

The policy was then revised to focus on the margin of spare capacity in the economy more broadly as well as other "economic developments." Again, investors were assured than any interest rate rise would be "gradual and limited."

"The value of guidance from a central bank should be to provide a consistent and reliable indication of how it is thinking about its decisions and the future course of interest rates," Andrew Sentance a senior economic adviser at PWC wrote in City A.M. "Instead we've had shifting goal posts, and rather confused messages about future policy."

The UK economy's growth rate has been something of a success this year, especially when compared with that of its European counterparts, which have struggled to post anything above 0.5 per cent.

In the second quarter of this year the UK's economic output finally return to pre-crisis levels growing at 0.9 per cent during this period, according to the Office of National Statistics (ONS).

A preliminary estimate of 0.8 per cent growth in July was the first official confirmation that the UK had recovered total output since the financial crisis hit in the last quarter of 2007.

Some believed the UK hit that milestone even earlier. Estimates from think tank Niesr suggested that after six years the UK had seen output recover sometime in the three months to May.

Scotland's referendum for independence in September gripped not only the UK but the whole wide world.

At one point, it looked as though the Scottish National Party (SNP) might just clinch it, with three out of four polls showing the No campaign narrowly ahead. In a measured response, Westminster packed en masse, and hurried north to do some campaigning of their own.

The Queen even got involved, breaking an age-old convention which stipulates she cannot publicly divulge her views on politics, hinting that she favoured the Yes campaign.

Scots turned out in droves and a total of 3,619,915 people or 84.6 per cent of the electorate cast their vote. The record-breaking turnout, which was hailed by astonished politicians as "incredible", also proved that politics isn't dead just yet.

In the end Scotland voted to remain in the United Kingdom, with 55 per cent voting against independence. Here's a map showing how the different Scottish councils voted.

At the start of this year house prices just kept rising, prompting fears that we were teetering on the edge of another massive house price crash. Throughout the year average house prices grew 6.6 per cent between January and October finishing at £271,000.

Years of record low interest rates as well as government subsidies such as buy-to-let had stoked housing markets pushing up house prices and mortgage approvals.

Towards the end of the year, government measures like tighter mortgage approvals finally started to take effect, and house price growth remained static in July and August before finally falling in October.

This year one dilemma keeping the nation's economists awake at night was the lack of wage growth, despite rising employment rates. It seemed that job growth had been concentrated towards the bottom end of the market meaning overall take home pay was struggling to pick up.

November figures finally showed signs of improvement, when average earnings growth outstripped inflation for the first time since 2009. Average weekly pay excluding bonuses rose 1.3 per cent in the July to September period, which was 0.1 per cent above overall consumer price inflation for September.

This was the first year that US import Black Friday really hit the UK high street, bringing huge discounts, punch ups in supermarkets, police calls and crazy long queues with it.

"This was probably the year when a major retailer embraced it in the traditional sense by offering in-store only promotions," Bryan Roberts, director or retail insights at Kantar Retail told City A.M.

In all, shoppers spent a whopping £810m online on Black Friday, according to data from Experian and IMRG, putting it ahead of prospective spend on Boxing Day, traditionally the highest-spending day of the year in the UK.

It was a miserable year for retail giant Tesco.It started with a profit warning in January and from then on strove to plumb new depths, culminating in the company admitting it had overstated its profits by a whopping £250m. As the vultures circled the share price fell, helped on its way by the announcement that the over statement itself had been overstated, by £13m. Richard Broadbent, the chairman, stepped down amid cries of a scandal.

There have been many charts of Tesco's share price this year, but this one just about sums it up for a year peppered with profit warnings, resignations, share price drops and bad customer satisfaction ratings. Chief executive Dave Lewis has a job on his hands, and no mistake.

No 2014 compilation of charts would be complete without a line showing oil prices hurtling to new lows. A combination of decreased demand, higher than expected OPEC production and the fracking boom in the United States led to oil prices dropping below $60 a barrel for the first time in years.

Energy dependent Russia was dragged down with it and the sound of the creaking Russian economy was audible.
Although Saudi Arabia’s oil minster, Ali al-Naimi, has said that the $60 a barrel price will be only temporary, others believe that low oil prices will continue for months, splitting the globe between petro-winners and losers.