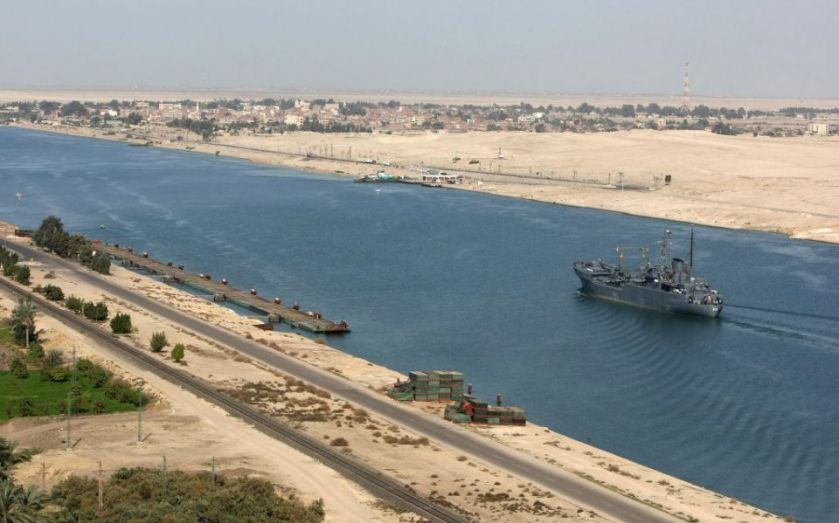 Egypt has just spent a huge $8bn (£5bn) on widening the Suez Canal – the fastest trade route between Asia and Europe.
Read more: Egypt to build a new Suez Canal for $45bn
By adding a new 21 mile long bypass along the 120 mile canal, Egypt hopes to transform its economy by doubling the number of ships that can pass through it each day.
Dubbed “The Great Egyptian Dream”, it took a year to complete and has become a huge event in Egypt – a national holiday has been taken to celebrate the opening of the extension. Egypt has owned the canal, which was built in 1869, for almost the last 60 years.
It hopes the revenue benefits will be huge – the authorities involved in building the extension estimated that by 2023, revenue will have gone up from £3.5bn to £8.4bn. If that happens, it won't take long for Egypt to make up for the money it spent on the infrastructure project in the first place.
There's no doubt of the importance of the canal for Egypt, as trade going through it each year amounts to an estimated eight per cent of sea-borne trade worldwide. But there's a problem here – there'll only be an increase in traffic through the canal if there is a corresponding increase in trade between the two continents. Having a wider canal and nothing to fill it with won't be of any use to anyone, and at the moment there's little sign of trade picking up.
This has led some people to question whether the canal was a good investment idea for a country whose tourism is plummeting and foreign trade is flailing in the wake of political instability. Angus Blair, chief executive of the Signet Institute, told Sky News that while the expansion will likely bring in more revenue for Egypt, it might have been better to spread the money across a range of projects:

I think it would be good to have more infrastructure spending across the country as well, to get people back to work near where they live, so that people can see changes in their environment – not just far away.
But one thing I would say about the Suez Canal is that we can't really put a price on a change in national sentiment.

To be able to send more ships from Asia, there must be a huge jump in European demand. At the moment, the European Union's economy is set to grow just 1.8 per cent this year, followed by two per cent in 2016, according to the World Bank, and this may well not prove enough to make up for the money spent anytime soon.
On top of this, risk analysis firm Maplecroft recently suggested the threat of militant attacks might influence the level of trade going through. In May this year it said that "concerns persist that the canal may come under attack by militants or even demonstrators".
It may be a long time before Egypt reaps the rewards of the upgraded canal, because a bigger canal in itself won't change anything at all – there are much more important factors at play, such as demand Asian exports.
Share
Tags: NULL